Megastar Amitabh Bachchan is known to be an avid social media user. He often posts pictures from the past with his fans. On Tuesday, the actor went down memory lane to share a picture from Mr. Natwarlal days. 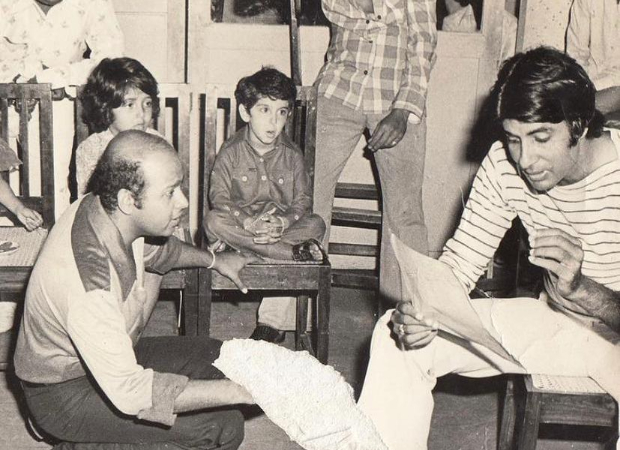 The black and white photo shows him at the music rehearsal of his 1979 film. It also features music composer Rajesh Roshan along with a young Hrithik Roshan. "The first song I sang for film.. ‘mere paas aao ..’ for Mr Natwarlal .. music rehearsal with Rajesh Roshan, Music Director .. AND .. all this being overseen by one ‘palti maar ke ‘ little one sitting on the bench ... a certain HRITHIK ROSHAN," he captioned the photo.

ALSO READ: Amitabh Bachchan and Boman Irani to star in Sooraj Barjatya’s next based on friendship