A day before the 66th National Awards ceremony that happened on Monday, actor Amitabh Bachchan took to Twitter to reveal that he would not be able to attend the ceremony owing to his health and apologised to everyone for the same. He wrote, "Down with fever. Not allowed to travel. I will not be able to attend the National Award tomorrow in Delhi. So unfortunate. My regrets." Amitabh Bachchan who was to receive the Dadasaheb Phalke Award will now receive the same on December 29. 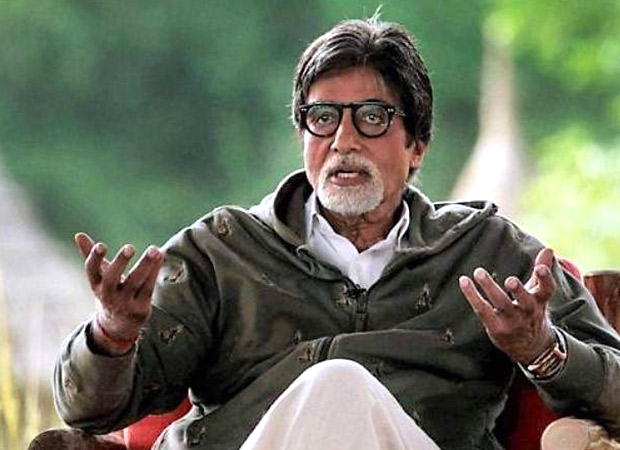 While fans are worried about the actors constant health scare, Amitabh Bachchan makes sure to update about his health in his blog. Taking to his blog, Big B wrote, "… the neck the ham string the lower back the wrists decomposed .. seated long distressed .. the fever condition .. the advice of the medical for rest and recoup and no travel .. the missing National Award .. a certain discovery of the cinematic unseen .. and the physio unabated .... days and time do pass in comparison to the ‘left for work’ information in some regularity .. different .. but so it is .... a mass of communication to acknowledge the birthday and the Award, takes ink ..good to be able to swipe the pen, than the black buttons .. keeps the writing hand in practice, though the signs of scripting misadventures do occur .. we are now in the realm of that which has and have immediate answers and solutions to the unknown .. for the moment … in time perhaps or so they say the mere thinking of it could produce the required result ..”

Drawing further attention to his health, he said, "the ham string injury hinders the walk and the sitting .. long hours of which need respite .. so to the standing table be lured .. not now .. the fever constraints prevail .. but the positioning has been done, when the fever reduces."

Meanwhile, on the work front, Amitabh Bachchan has several projects lined up. Till until recently, the actor was shooting in Manali for Ayan Mukerji’s Brahmastra. The actor will also be seen in Gulabo Sitabo and Chehre in 2020.