It's been two decades since the first episode of Kaun Banega Crorepati aired for the first time and the world is a completely different place than it was in 2000. India was a different land when Amit hi hosted KBC for the first time, 21 years ago. Now after so many years later, the show has become a part of our lives, our day-to-day conversations and many of our dreams. As KBC completes 1000 episodes this week, Amitabh will welcome daughter Shweta Nanda and granddaughter Navya Naveli Nanda to its sets to play the game. 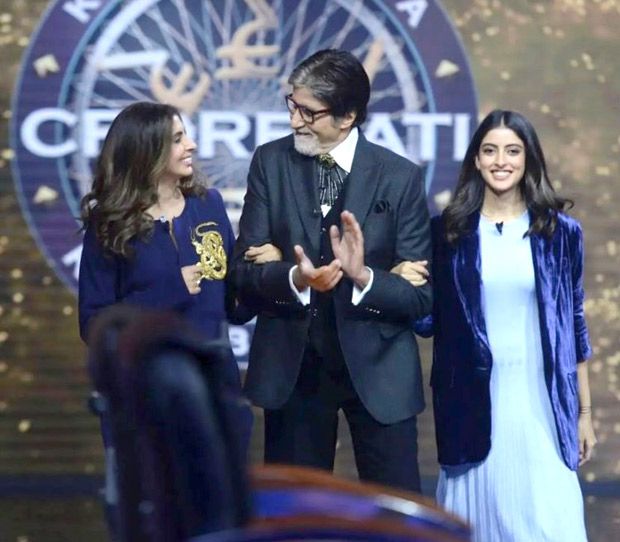 A video showcases the major milestones along the way during this journey of two decades — the first crorepati, the first person who won Rs 7 crores, the first woman and first child who became crorepatis, as well as how the show and its host touched lives and have contributed in the betterment of society. Amitabh gets emotional at the end of the video. He then says that the game is far from over.

In another video, he pokes fun at Shweta and Navya by telling them that they are in for a tough time. Navya asks grandfather Amitabh about his preparations to host the two of them, “Whoever comes on the hot seat, you ask them how they have prepared for KBC. So, today, I want to ask you, how did you prepare for us?” To this, Big B replies, “Jalebi ki tarah seede sawaal honge aur bhool bhulaiyaa ke tarah aasan (The questions will be as straight as a jalebi and the quiz will be as easy as a maze).”

Earlier, sharing his thoughts on hosting his loving daughter and granddaughter, Mr Bachchan had written on his blog, “The banter of the family dining table, the repartee, and most importantly the several causes that the young at this age think about and work for. An evening of great pride for the father and grandfather – for Papa and Nana!”

Also Read: Kaun Banega Crorepati 13: John Abraham shares the story behind the stitches on his chest to Amitabh Bachchan