Last Updated 02.02.2023 | 1:37 PM IST
feedback language
follow us on
Bollywood Hungama » News » Bollywood Features News » Aly Goni opens up about chemistry with Jasmin Bhasin on ‘Sajaunga Lutkar Bhi’; says ‘would love to do OTT with her’

While Aly Goni and Jasmin Bhasin have been doing individual projects of late, the fans of the couple were thrilled to see them reunite for a music video yet again. Taking some lines from the popular 70s chartbuster ‘Chura Liya Hai Tumne’, ‘Sajaunga Lut Kar’ is a peppy romantic number featuring both the actors. The song released earlier this week and needless to say, JasLy fans are showering their love upon them. Recently, Aly too spoke about reuniting with his real life love Jasmin and he also expressed his desire to share screen space with her for any OTT content. 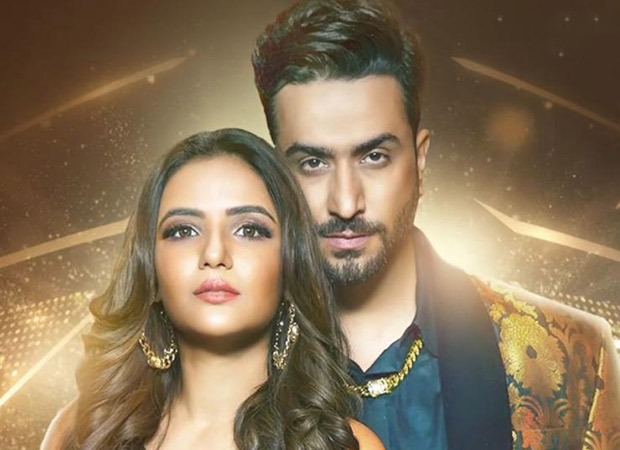 Aly Goni opens up about chemistry with Jasmin Bhasin on ‘Sajaunga Lutkar Bhi’; says ‘would love to do OTT with her’

Speaking about the song, describing ‘Sajaunga Lut Kar’, Aly said, “The song is beautiful. Coming together of Ganesh Acharya, a great choreographer, and Shaan & Neeti Mohan’s voices make it a perfect package. Also, the song has been shot differently from the other songs, and the rain sequence gives a movie feel.” For the uninitiated, the track was shot in Mumbai.

He also shared his feelings about the kind of response he has been receiving from JasLy fans, saying, “I feel happy that fans get what they expect from us though it takes time. The response has been great and the song is already trending on YouTube. Fans love to see us together all the time, and that gives us immense pleasure.”

The best part of shooting with Jasmin, according to Aly, is that their chemistry is amazing. “She’s a great actor and our chemistry is visible on camera. This is our fourth song together. Our previous three songs were ‘2 Phone’, ‘Tu Bhi Sataya Jayega’ and ‘Tera Suit’ have got good reviews. Chemistry is the most important thing that is shown on camera. Of course, we also had a blast shooting together,” he says.

We wonder if there is any possibility of Jasmin and him teaming up for a TV or OTT project. To the same, he replied, “I don't know about TV, but if there's a good script for OTT I would love to do it. It depends on the subject. We are having our individual careers going on too.”