Tuesday’s episode of Bigg Boss 14 was full of drama, and of course entertainment. By now, the audience must be aware that Aly is a very sweet and loving person, but if you touch his nerve and that too without any valid reason, he does not take time to lash out. Well, something similar happened in the episode when captain Kavita Kaushik took away his trimmer without giving him a genuine reason. 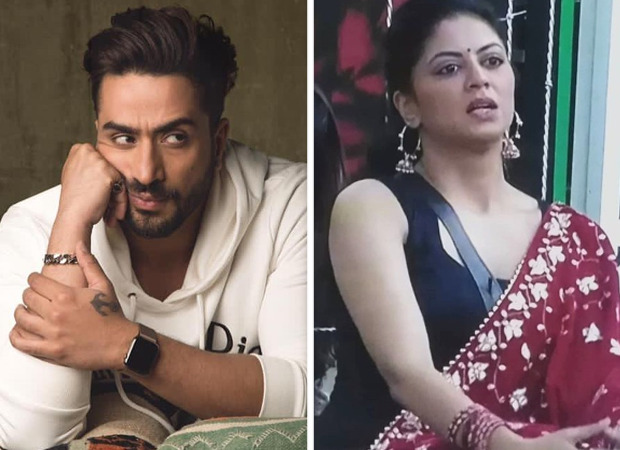 Bigg Boss announced a task where Kavita could have earned a spot at the next captaincy and for that she had to throw away the personal items of the contestants for their indisciplined behaviour. Nikki Tamboli tells her that Aly had given Pavitra Punia chocolate so she should take away his trimmer. Kavita does the same and throws it in the dustbin without informing Aly.

Aly got irked by this behaviour and takes it out and asks her to give a valid reason. Things turn ugly as she says, "Main teri baap hoon." This doesn't go well down with Aly who says that you can't drag anyone's parents in the competition. Aly becomes uncontrollable and pushes the dustbin which accidentally hits Kavita. She makes a big fuss about it saying she wants him out of the house. Bigg Boss later punished Aly, but not for hitting Kavita, but for throwing away a chair while he was angry. Aly very calmly apologized and promised that he won't repeat it again.

Later, Kavita decides to take away all his shoes but he stops her and tells her that she needs to have a valid reason for doing so. He blocked the way so that Kavita can't go out and his BFF Jasmin Bhasin too supported him in this because Kavita had no genuine reason for doing so. Bigg Boss then announced that the task has been cancelled, but asks for Aly's shoes back. He, in fact, gives Jasmin the power to save his shoes by giving away all her personal items. And since it was a matter of four shoes, Jasmin said she will let go of his shoes, and Aly too agreed.

Bigg Boss also punished co-contestant Abhinav Shukla who tried to stop the task and asked for all his personal items.

Also Read: Pavitra Punia recalls her ex-fiancé, says she thinks about him every day during a heartfelt conversation with Kavita Kaushik on Bigg Boss 14