During the lockdown actors too have been working from home. We also got to see actors unleash their creative side by shooting for magazine covers within the confines of their house with the help of their loved ones. 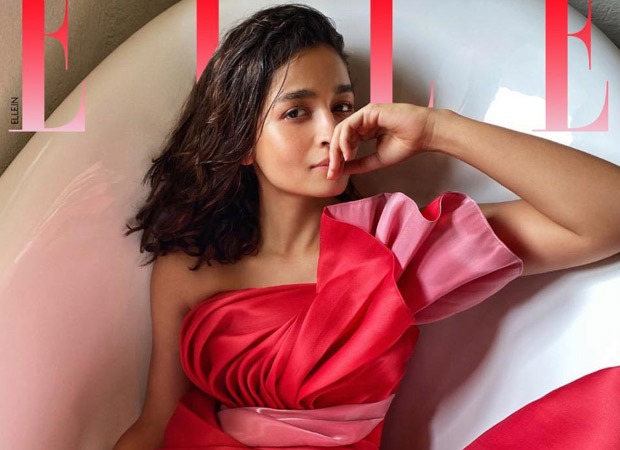 Now, actress Alia Bhatt who has featured in the latest edition of Elle magazine shot for the cover picture at her home with the help of sister Shaheen Bhatt. The actress is seen wearing a red dress and posing in a bathtub. Alia Bhatt who styled her hair and did her own make up has opted for a minimalistic look. Sharing the cover of the magazine, Alia Bhatt wrote, "Two sisters. One cover ☀️Photographer: @shaheenb Styling: @samar.rajput05 Assisted by: @rupangigrover (styling) Cover design: @pinkyakola Words: @shaheenb PR Agency : @hypenq_pr H&M - Me ????” Commenting on the picture, Soni Razdan wrote, "And one proud mom".

On the work front, Alia Bhatt was last seen in the recently released film Sadak 2. The film directed by her Mahesh Bhatt is the sequel to the 1991 film Sadak that featured Sanjay Dutt and Pooja Bhatt in the lead. She will next be seen in the film Gangubai Kathiawadi, the release of which has been postponed due to the pandemic.