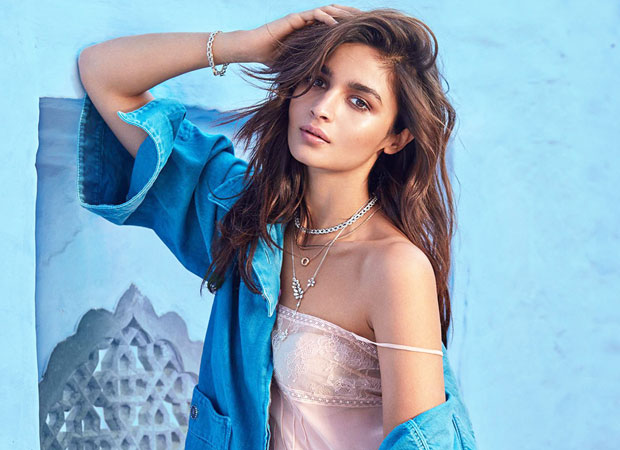 Playing a spy in the forthcoming female-centric espionage thriller Raazi, Alia Bhatt is exploring a new zone. In her own words, she described that she is doing a film based on true story for the first time and the thought in itself is extremely intriguing for her. But talking about how she became the female protagonist in Raazi, here’s what Alia Bhatt has to say about the moment when the film was offered to her.

Alia Bhatt revealed that when the director of the film, Meghna Gulzar approached her with the idea, it was just a one-line story but the Gen Y star had been so excited about it that she had already told the filmmaker that it is something that she would love to do. She said that they had green lit the script and in her head she was ready to do the film even without looking at the script.

And asserting that it is based on a true story, the actress stated that when she heard the turn of events, she had goosebumps. Further, talking about the moment when the team read out the first 20 pages of the script to her, she knew this was one film that will challenge her.

The actress expressed her desire to do challenging films which have a powerful role like the ones in Udta Punjab or even Dear Zindagi or Highway as she likes to do characters that will be remembered. At the same, she also likes her share of songs and dance and hence fulfills her dose of commercial cinema too. No wonder, her repertoire boasts of a perfect blend of conventional and unconventional films.

As for the preparations, Alia Bhatt has to work on many aspects including the dialect unlike for Udta Punjab. From body language to how to drive a big heavy jeep and shifting gears in it are some of the important things that the actress needs to get a hang of. While she is happy as well as having fun whilst reading scripts, she is also spending hours every day to learn Urdu and get the nuances of the language right.

On the other hand, Alia Bhatt is all praises for her co-star Vicky Kaushal and is very impressed with his acting chops. She is eagerly looking forward to work with him. The actress also mentioned that she will kick start the shoot of Raazi from July and that Meghna insisted of having it in a start-to-end schedule so that the unit as well as the actors do not get disconnected from it. Agreeing with her decision was also Alia who believes that one shouldn’t get out of character in case of such films.