Ace filmmaker S.S Rajamouli’s film RRR, for which the shoot had begun long back, resumed the schedule in October after the shoot was halted amid the pandemic. A few action sequences from the movie were completed before in a 50-day long schedule post lockdown. Earlier this month, Alia Bhatt headed to Hyderabad to shoot her parts as she essays the role of Sita. 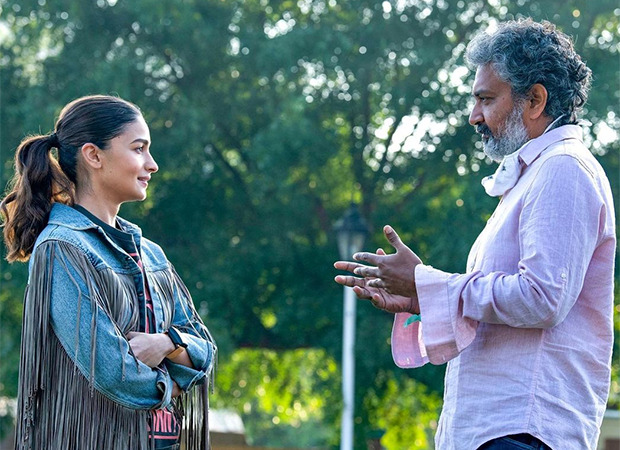 Speaking to a tabloid, Alia Bhatt said that shooting for this film was a different experience for her since she not only had to say the lines in Hindi but also in Telugu. She said that the latter is the language she does not know. Adding further, the actress said she literally lived with these lines for a year and a half. She was excited to complete her first schedule. She quipped that by the end of it, she was speaking the lines at breakfast, lunch, and dinner. The actress is thrilled to be working with SS Rajamouli and actors Ram Charan and Jr. NTR.

The film sees Jr. NTR, Ram Charan, Ajay Devgn, Alia Bhatt, Olivia Morris, and several others in pivotal roles. Directed by ace director S.S Rajamouli and bankrolled by DVV Danayya under the banner of DVV Entertainment Banner, RRR is a period drama that narrates a fictional take on the younger days of celebrated freedom fighters Komaram Bheem and Alluri Seetharamaraju. The film is set for release in Telugu, Hindi, Tamil, Malayalam, and Kannada alongside several other Indian languages.