Bollywood star Alia Bhatt is foraying into Telugu cinema with SS Rajamouli's upcoming magnum opus film, RRR. It stars Ram Charan and Jr. NTR in the lead roles with Ajay Devgn and Alia in special appearances. The trailer was unveiled on December 9 in presence of the stars. For the launch, the actress wore a stunning saree that grabbed all the attention. 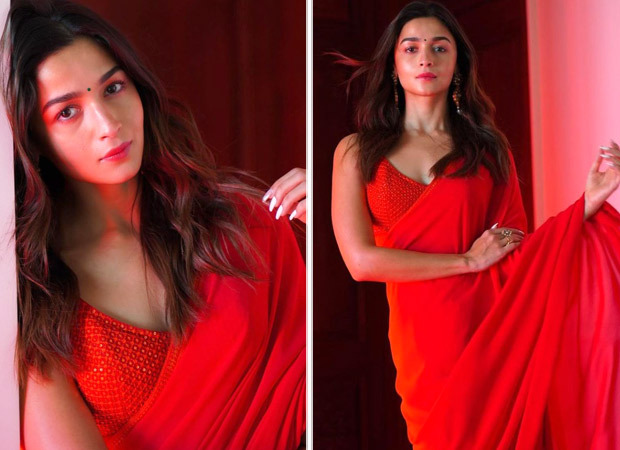 Alia Bhatt looked gorgeous in Sabyasachi Mukherjee's creation - a lehenga saree with shimmery sleeveless blouse. She kept her accessories limited to earrings and rings.  She opted for middle opted soft blow-dried hair. The soft dewy matte finish look with a highlighter and a bindi rounded her stunning yet elegant look.

The movie includes a star-studded lineup besides lead actors Ram Charan and Jr. NTR. Ajay Devgn, Alia Bhatt, Olivia Morris will be seen in pivotal roles while Samuthirakani, Ray Stevenson and Alison Doody join in as supporting roles. Jayantilal Gada (PEN) has bagged the theatrical distribution rights across North India and has also bought worldwide electronic rights for all languages. Pen Marudhar will be distributing the film in the North Territory.