Last Updated 19.05.2022 | 5:59 PM IST
feedback language
follow us on
Bollywood Hungama » News » Bollywood Features News » Akshay Kumar reveals why he opted to do Atrangi Re despite having a small role

Sara Ali Khan and Dhanush starrer Atarngi Re is all set to stream on Disney+Hotstar from December 24 onwards. The film is a love saga and has a very unique concept. The film also has superstar Akshay Kumar in a small yet pivotal role. 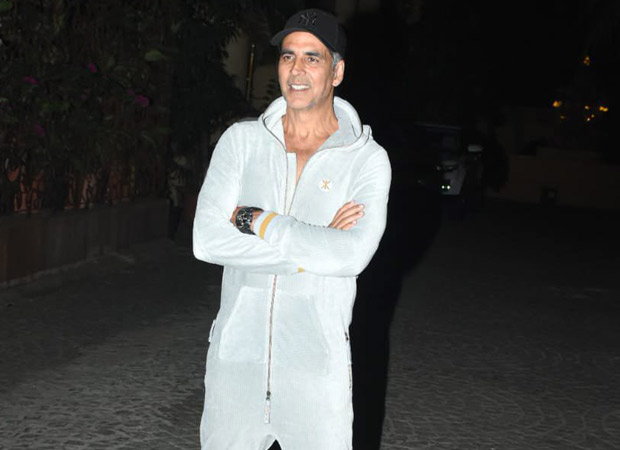 The film is proving to be one of the highly anticipated films of this year. Last week an event was organised to launch the music album of Atrangi Re. The film's director Aanand L. Rai along with the star cast of the film Sara Ali Khan, Dhanush, and Akshay Kumar were present at the event. Lyricist Irshad Kamil and legendary composer AR Rahman were also present over there.

When the host of the event Mandira Bedi asked Akshay Kumar how was his experience working with Aanand L. Rai, he expressed his love for the director. He also revealed what made him opt for the film despite having a small role.

He said, "Aanand Ji reminds me of my childhood, he is just like a kid. He cries, fights, sometimes doesn't talk for a while, and then again laughs. He keeps doing this and then resumes eating. While he is eating, his food spills all over into his shirt. It is fun watching him and listening to his stories especially when Himanshu Ji is around. Himanshi Ji is great, whenever you call him somewhere, he'll be always at least an hour late. I wonder which watch he uses which runs 1.5 hours late. I would like to ask this question to his wife as well. Anyway, it was great fun working with Aanand Ji and his entire team".

He added, "When I heard this story, within half-an-hour I said that despite my role not being so great and the film revolving around Sara and Dhanush, I still want to be a part of it. I felt if somebody can think such a story why can't I be a small part of it".

ALSO READ:Aanand L. Rai and A R Rahman reveal what to expect from the music of Atrangi Re