To debut with a strong backing of Sajid Nadiadwala's Nadiadwala Grandson Entertainment Production is every actor's dream and Tadap marks the big debut of Ahan Shetty. A young dynamic personality having his break in the film industry.  To make this official, Akshay Kumar and Ajay Devgn - the two biggies of the industry who have previously also collaborated with Sajid Nadiadwala took to their social media giving a shoutout to the new entrant. 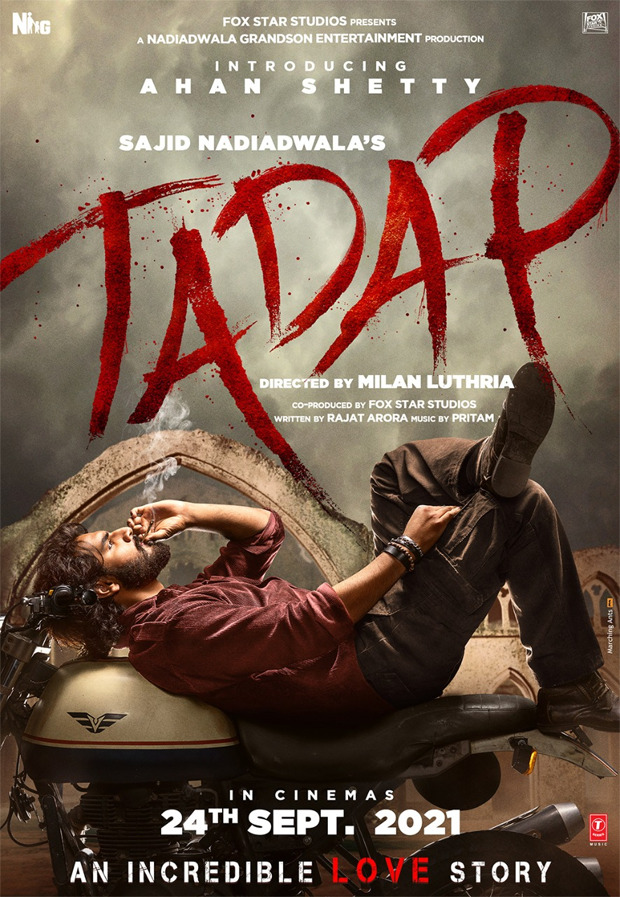 The film poster looks promising and the film is slated to release on _24th September. Akshay Kumar posted on his social media, "Totally nailed the angry young man look here, looking forward to watching you on the big screen. Sending all my love and best wishes for #Tadap, in cinemas on 24th September.

Starring opposite Ahan Shetty is the lovely Tara Sutaria, who entered the showbiz two years ago and in no time made space for herself among her contemporaries. A love story waiting to unravel in the most exciting way with a fresh pair of Ahan Shetty and Tara Sutaria, the audiences are surely in for a lovely treat.

Ahan Shetty's debut with Sajid Nadiadwala is an addition to the legacy as Suneil Shetty too was launched by the producer and he feels blessed and elated to be contributing yet again.

Tadap is a Milan Luthria directorial, Starring Ahan Shetty, Tara Sutaria, Saurabh Shukla, Kumud Mishra and Sumit Gulati. The film is being produced by Sajid Nadiadwala and co-produced by Fox Star Studios, Written by Rajat Arora and the soulful music in the film is by Pritam.