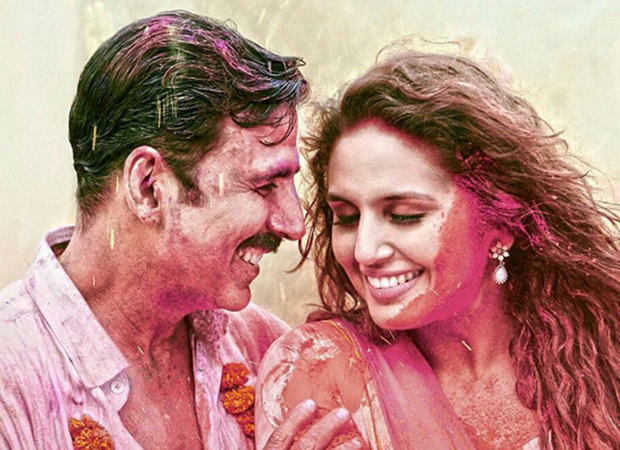 A little more than a decade after his chartbuster 'Holi' song 'Do Me a Favour, Let's Play Holi' [Waqt - 2005], Akshay Kumar is now aiming to deliver yet another festive chartbuster with 'Go Pagal'. The first song from Jolly LLB 2 has just been unveiled and if the initial reactions are anything to go by, the actor has yet another 'Holi' hit up his sleeves.

"The timing couldn't have been better, considering the fact that there are five more weeks to go for the film's release and further to that, it would be exactly four weeks to Holi," comments an observer, "The film releases on February 13 while the festival falls on March 13. That would give the number ample time to grow and once the celebrations begin, one can well expect the song to play on a repeat mode amidst colors, 'masti' and 'bhaang'.”

As is the core need of a 'Holi' song, it has to be energetic and spirited. In that aspect, 'Go Pagal' is not putting stops.

"Moreover, it is the colours that are doing the trick," a filmmaker comments, "You expect a lot of 'red' when it comes to a Holi song and 'Go Pagal' has plenty of it. You can actually 'touch the colour', as the adage goes. Moreover, the visual effects are adding on to the entire fervour as well, which is bringing its own appeal. It is a colourful start indeed to the New Year and it would be interesting to see how it all turns out to be on the big screen."

As for Akshay Kumar, he is clearly enjoying the show.

"He couldn't shake a leg or two in his last release Rustom. As a matter of fact even Jolly LLB 2 is inherently a drama. Hence, he couldn't let go of an opportunity to take the lead in a celebration song like 'Go Pagal'," a close associate of the actor adds, "If you notice, along with Huma Qureshi he is enjoying himself in front of the camera while totally going berserk as per the need of the situation. It pretty much reminds one of the mood that he created in the songs and dances of Rowdy Rathore."

Well, maybe it is the moustache effect!