Akshay Kumar is entering the new year with a lot of work on his end and has already begun shooting for his next, Bachchan Pandey. The film will mark his 10th collaboration with producer Sajid Nadiadwala and Akshay is ecstatic to be associated with another one of his projects. Akshay Kumar has had a busy year despite the pandemic and managed to become one of the few actors to have successfully shot for an entire film while keeping all the precautions in place. 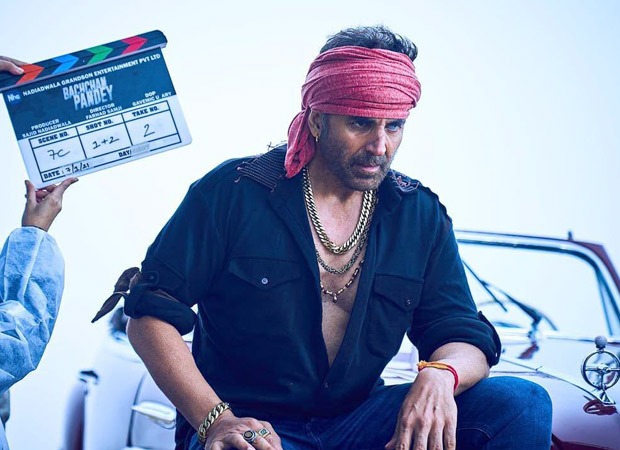 Taking to his Instagram, Akshay Kumar shared a picture from the sets of Bachchan Pandey as he gets into the skin of his role. Dressed in a black shirt with buttons undone and a pair of black pants, Akshay Kumar has a red head-wrap as he sports multiple chains, a bracelet and rings for accessories.

He captioned the picture as, “New year, old associations...begun shooting for #BachchanPandey, my 10th film with #SajidNadiadwala, and hopefully many more. Need your best wishes and do tell me your thoughts on the look. @farhadsamji @kritisanon @jacquelinef143 @arshad_warsi @nadiadwalagrandson”.