Ajay Devgn and Akshay Kumar who have done movies in the 90s together like Suhaag, Khakee and the recent Sooryavanshi, have also been friends for very long. Akshay Kumar recently completed 30 years in the Bollywood industry and his co-actor and Singham star Ajay posted a nice wish on Instagram, extending his best wishes to his colleague. 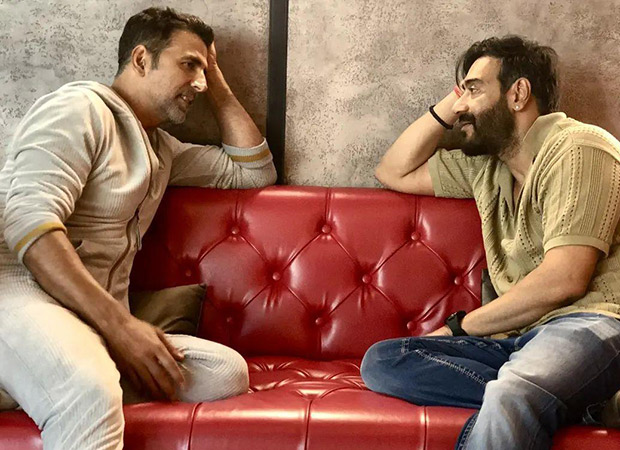 Sharing a throwback photo with Akshay Kumar, Ajay Devgn posted, “Congratulations Akki. 30 years in cinema and several more decades to come. Hope you set new records. Will always be there rooting & cheering for you ?”

While the Tanhaji actor also added the same post on Twitter, Akshay Kumar took to the platform to reply about it:

Thank you brother, lucky to have supportive peers like you ?? Much love ❤️

The two actors have collaborated a few times in the past. Their recent film together was Sooryavanshi, which is a part of the Rohit Shetty cop universe. While Ajay Devgn was the first actor to have kicked off the series of cop films with Singham, Akshay Kumar starred in the latest film Sooryavanshi. While the latter featured Akshay Kumar as the leading man and an undercover agent, Ajay reprised his Singham avatar in a special appearance.

On the work front, Akshay Kumar is gearing up for the epic drama with Yash Raj Films titled Prithviraj which also marks the debut of Miss World 2017 Manushi Chhillar.