Runway 34 promises to take you on an edge-of-the-seat journey this Eid. Ajay Devgn is set to give you three times the usual dose of entertainment in his multiple avatars as actor, director, and producer. The film's trailer was launched on Monday in presence of Ajay, Rakul Preet Singh, Aakanksha Singh and Angira Dhar. The film stars Amitabh Bachchan as one of the leads. Filmmaker Rohit Shetty was in attendance at the trailer launch on Monday. 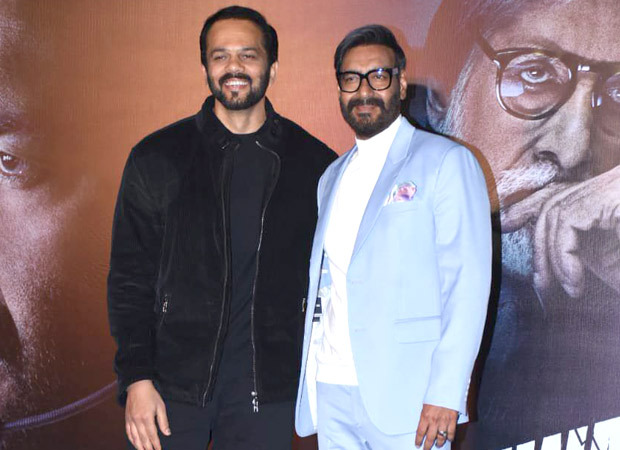 Rohit Shetty and Ajay Devgn have frequently collaborated on several projects including Golmaal and Singham franchise. Interesting, both their parents were stunt co-ordinators in Bollywood films and both of them happen to know each other since childhood. Rohit Shetty, at the Runway 34 trailer launch, said, "Two years back, I launched the trailer of Tanhaji. It's still the highest-grossing film of the last two years. And today, I'm here to launch the trailer of Runway 34. There are two things I want to say, this film is based on true stories. And the second secret is, this film is directed by Ajay sir. He is a captain in the film and the captain of the film too. He always wanted to be a director and not an actor. He is technical, one of the most sound persons in the industry. Tanhaji had certain visuals and this has another kind of visuals. I am sure, the audience will like this too."

"This may come as a surprise, but since the time I have known Ajay, he has always wanted to be a director. His technical knowledge as a director is unparalleled and you will get to see that in Runway 34 where he has shot with 10-13 cameras in a cockpit. Shooting with heavy equipment in such a confined space is not an easy task," he said.

"In addition to acting and direction, Ajay is the producer of the film as well. And let me tell you, he is one producer, who goes all out if he believes in the script. He won't hold back from spending on the film and I have personally seen that happening with 'Raju Chacha', that film was made on a budget of Rs 38 crore at a time when most Bollywood films were made for Rs 7-8 crore," he added.