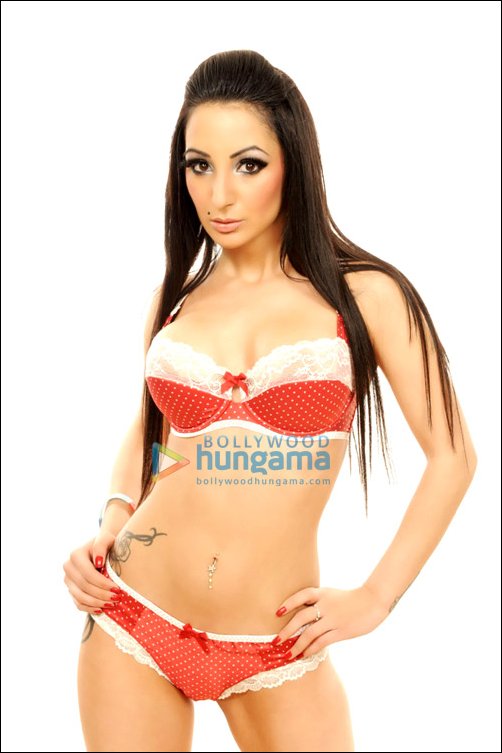 If you thought you've not got enough of Sunny Leone, here's more! Ayesha Carmela will leave you sweating. Is Bollywood hearing?

The busty beauty of Indian/Italian descent is in her twenties and has become talk of the town after setting television screens ablaze with her sizzling presence on the new adult chat channel Masti Chat. Ayesha has caught the eyes of casting agents and some Bollywood producers, who are eager to sign her up. Ayesha is eager to light up Bollywood and desperately wants to work with Salman Khan one day.