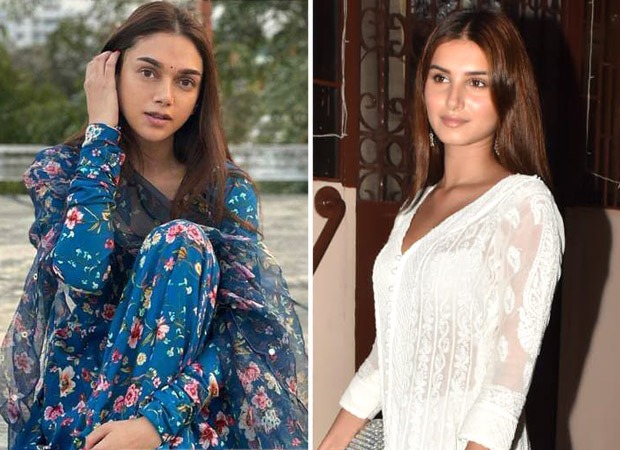 She looked magnificent in a blue floral kurta set. She paired it with a sheer floral dupatta of the same print and brown kolhapuris.  Netizens were quite impressed by Aditi's traditional look. Aditi also wished her fans Happy Makar Sankranti! Her festive glow was the highlight of the post.

In another spotting, Tara Sutaria stepped out on Thursday late evening and was spotted in an all-white chikankari outfit outside a dubbing studio. She looked ethereal in a traditional outfit. Tara has never failed to turn heads every time she dons Indian attire. She loves her salwars and chikankaris. Tara had a busy Makar Sankranti just like the rest of our B-Town folks. The Student of the Year 2 actress didn't forget to carry a mask with her. Safety comes first, always. Take cues for your next traditional outing, style your basic white kurta with a palazzos and light silver jewelry and you're ready to go!

On the professional front, Aditi Rao Hydari was last seen in Telugu film V and Malayalam film Sufiyum Sujatayum. She will next be seen in The Girl on the Train also starring Parineeti Chopra which will be released on Netflix on February 26, 2021.