Actor Neha Pednse, on Sunday, tied the knot with beau Shardul Bayas in a traditional Maharashtrian wedding, in Pune. The wedding was a private affair, with the couple's family members and close friends in attendance. Neha and Shardul got engaged earlier in August 2019 and are reportedly to take off for a slightly delayed honeymoon in April this year. 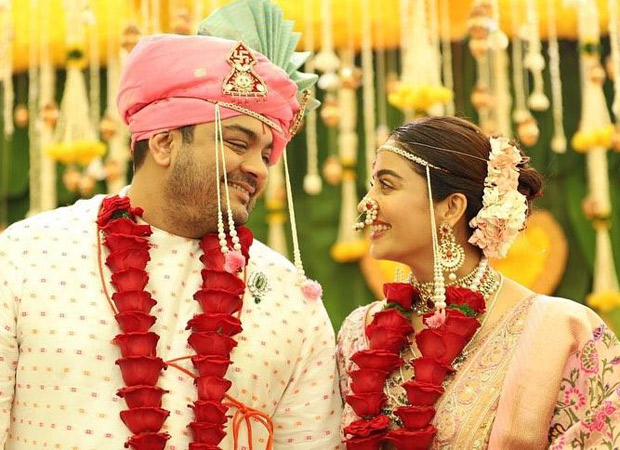 For Neha, the pre-wedding celebrations kick-started on December 31st. The actor shared a photo with Shardul, wherein the two are seen sharing a passionate kiss. "Because it’s the last single girl kiss," she wrote. On 3rd January, the Sangeet ceremony took place. We also came across a couple of photos on her Instagram handle.

On 4th January, the couple exchanged rings at The Ritz-Carlton, Pune.

Neha, who was a part of the popular TV show May I Come in Madam, was one of the contestants of Bigg Boss 12, and has also appeared in a handful of Marathi films. She also made a brief appearance in Ajay Devgn and Urmila Matondkar's 2000 film Deewane and Kim Sharma's Tum Se Achcha Koun Hai in 2002.