Abhishek Bachchan who recently wrapped the shoot of his upcoming film Dasvi in Agra took to his social media handle to share a picture of the Taj Mahal situated in the city. Along with the picture, he also made a hilarious Bunty Aur Babli reference. 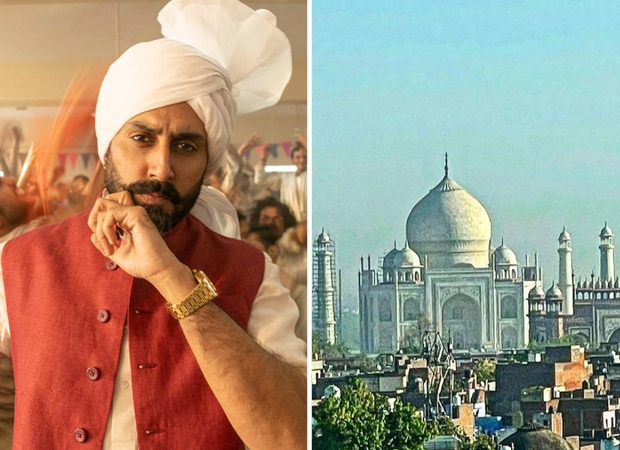 Abhishek shared a picture of the Taj Mahal clicked from his hotel room and joked that his character Bunty from the film Bunty Aur Babli did not try and sell the Taj.

“Not a bad view to wake-up to every morning! Thank you Agra for being so beautiful. Till next time. #tajmahal #wahtaj #dasvi #schedulewrap #NoBuntyDidntTryAndSellTheTaj,” he captioned his Instagram post.

In the film Bunty Aur Babli which was released in 2005, Abhishek Bachchan and Rani Mukerji played a con couple. One of their cons involved making an American millionaire believe that he had leased the Taj Mahal and was its owner for five years.

Meanwhile, Abhishek has headed to Lucknow for the second schedule of Dasvi. The film also stars Yami Gautam, and Nimrat Kaur. Directed by Tushar Jalota, the social comedy is written by Ritesh Shah, Suresh Nair and Sandeep Leyzell.

ALSO READ: “If you’re going to take potshots at me, I have every right to take a potshot back at you” – says Abhishek Bachchan on tackling trolls online