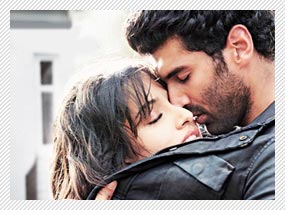 Is new and fresh the flavour of Bollywood for the youth? The fate of recently released Aditya Roy Kapur and Shraddha Kapoor starrer Aashiqui 2 would indicate as much. The producers of the film, Bhushan Kumar and the team at T Series are celebrating the Rs. 100 crore mark in international and domestic collections cumulatively. Interestingly, the film starring relatively lesser known faces has already gone on to gross 100 crore (before taxes), making it one of the year's most successful projects, especially keeping in mind the film's return on investment.

Despite being made at a tight yet sensible budget, the film has done business which was beyond expectations. Says a source close to the project, "For a film that is made on a meager budget of approximately Rs. 18 crore (Rs. 10 crore making and Rs. 8 crore print & advertising), Aashiqui 2 has generated a stupendous collection at the BO. Aashiqui 2 has far crossed the BO numbers of some other films featuring newcomers that have released recently."

In the past year or so, we have seen quite a few filmmakers exploring important projects with newcomers. Films like Dharma's Student Of The Year and Abhishek Kapoor's Kai Po Che among others have showcased new talent in leading roles. Even Ranbir Kapoor-starrer Rockstar had newcomer Nargis Fakhri in the leading role opposite him. Films like Student Of The Year and Kai Po Che were made on larger budgets and these films were publicized heavily as well. SOTY netted approximately Rs. 70 crore domestically, on an investment that was close to Rs. 45-50 crores.

While fresh faces is one aspect that begs notice as a trend in Bollywood, the success of Aashiqui 2 also highlights the relevance of sensible budgeting. This is what makes Aashiqui 2 a case study in the business of Bollywood. Fresh talent, a healthy dose of romance, sound mathematics and a great musical score have added up for the producers of the film.

Aashiqui 2 can be hailed as the best earning film of the year, besides being one of the biggest hits for both T Series and Vishesh Films.