Last Updated 07.02.2023 | 11:08 PM IST
feedback language
follow us on
Bollywood Hungama » News » Bollywood Features News » “When Aankhen was being made, a lot of people told me that it’s going to be a supreme disaster,” says Vipul Amrutlal Shah as the film completes 19 years

Filmmaker Vipul Amrutlal Shah has always believed in giving the audiences something new and different every time, and audiences always eagerly await his next release. The director is quite excited about today’s date, as it marks the 19th anniversary of his first multi-starrer blockbuster, Aankhen (2002) featuring the megastar Amitabh Bachchan in a never-seen-before role along with other stars like Akshay Kumar, Arjun Rampal, Sushmita Sen and Paresh Rawal. 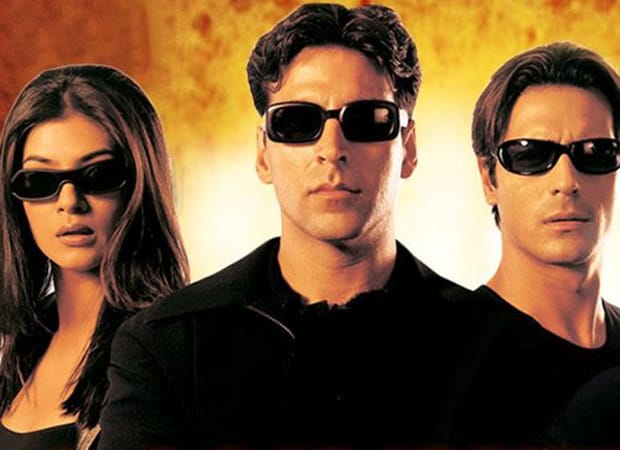 “When Aankhen was being made, a lot of people told me that it’s going to be a supreme disaster,” says Vipul Amrutlal Shah as the film completes 19 years

While the film went on to become one of the biggest hits of that year, Vipul Shah reveals an interesting anecdote about the film and industry’s perception on his decision as a filmmaker to experiment with a multi-star cast film.

Vipul Shah informs, “When ‘Aankhen’ was getting made, a lot of people from the industry had betted on the film to be a super flop, because Mr Amitabh Bachchan was playing a grey shade character for the first time, rather negative, Akshay Kumar did not have a romantic track and all the three heroes were blind – Akshay, Arjun Rampal and Paresh Rawal. Sushmita Sen had a romantic track with Arjun who was a relatively new hero. These were the reasons given to me by various people that if you go ahead and make this film, it is going to be a supreme disaster. I was warned that with such a big star cast if my film doesn’t do well, then my career as a filmmaker is over. I did not listen to any of that because I had nothing to lose. I just wanted to make a film I believed in, and I did not even think about success or failure at that time because I just wanted to make the film the way I saw it.”

“Luckily, for all of us Aankhen released and it became a very big success. It was amazing to see reactions of the people in theatres. I think everybody got surprised, even the pandits who were forecasting it to be a flop, they too were surprised. The movie’s success made my belief stronger that you should just go ahead and experiment; some of them will work, some of them may not. But unless and until you keep experimenting, you are not going to break new grounds. With Aankhen, we broke a lot of new grounds in Hindi cinema and it’s just one of those films which has been, with every passing year, become bigger and bigger for audience and their love. I am very happy because today is the release of my first film and it is always going to be a very important day of my life,” adds the filmmaker.

Vipul Shah is currently working on two ambitious and contrasting projects simultaneously – a medical thriller titled Human (web show) and Sanak (movie), While Human is an emotional drama about the underbelly of the human drug testing and the world of medical scam, Sanak is an intense, emotional, action film.