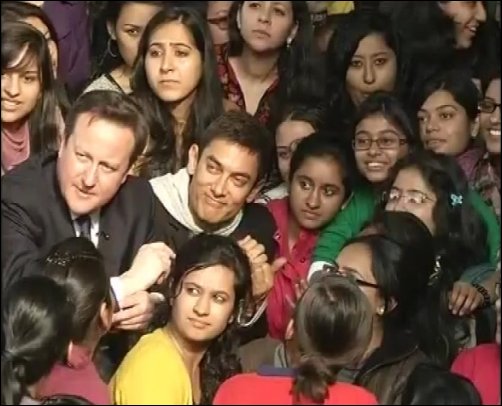 Aamir Khan met up with the 'Man of the Moment'- British P.M. David Cameron in Delhi today. Aamir and David Cameron interacted with students of Janki Devi Memorial College in New Delhi.

Apparently, the actor's team and Cameron's office had been working out the schedule since a couple of months and the British P.M. expressed a desire to meet Aamir owing to his growing popularity in the U.K. after he featured on the cover of TIME magazine. Cameron has also been impressed with Aamir's social work through his TV show 'Satyamev Jayate'.

The actor arrived in Delhi from Rajasthan where he was shooting for Raju Hirani's P.K.