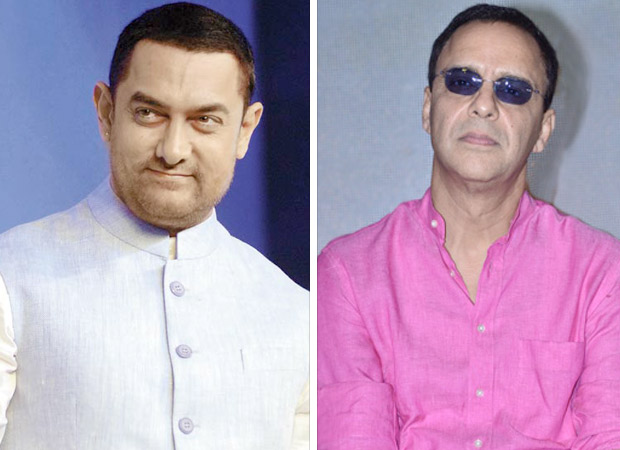 "Aamir Khan is not the king; it is the story which is the king. Even if Hrithik Roshan would have been a part of Dangal, it would have been still as big a hit," said Vidhu Vinod Chopra at Dangal success party. Those who know Mr Chopra know it very well that his statements in the media or his video interviews are far more entertaining and interesting than the films he directs. He has worked with Aamir as a producer in 3 Idiots and PK, both of which were the biggest hits till they were beaten by another film starring Aamir.

Aamir Khan would totally agree with Mr Chopra on the statement that it is the story that is paramount. In fact Aamir is a rare actor who believes in the sanctity of the script, its writers and the director much more than most others. It is very easy to pass sweeping statements once a film breaks all records but the question is which other superstar would dare to gain so much of weight and play father to grown up girls while others of his age group continue to romance women half their age? Moreover which other superstar (who comes up with a film with a two year gap) would allow a rank newcomer to be the centre piece of the climax while he is not even physically present? The victory of Aamir Khan lies in his choices, how he never plays it safe and is hungry for new ideas that baffle people completely. When Aamir Khan becomes a part of a project, he is not there merely as an actor. He is there as a producer who ensures that the director gets what he wants, film is made much in advance, test screenings are held to gauge audience response so that whatever tweaking is required happens much before the date of the release in an industry which at times is left waiting for the final print right before the release week. Aamir Khan is also a marketing genius who never over promotes, he always comes up with a unique strategy that is pertaining to the context of the film rather than following the tried and tested formula of carpet bombing.

Mr Chopra also stated at the Dangal success party that if Aamir is the king then why is it that he has not been able to make all his films work at the box office. The fact is that Aamir Khan is the most successful Bollywood actor of this century. His success rate is way ahead of any other star. Since Ghajini all the films starring Aamir Khan have crossed the coveted Rs. 100 crore yardstick barring Dhobi Ghat and Talaash. Aamir had clearly stated right at the outset while promoting Dhobi Ghat that it is not a conventional Aamir Khan entertainer at all. He could have over promoted the film and ensured a Rs. 50 crore opening but he chose not to fool his audience. Even for Talaash, Aamir said that it is not an entertainer in the league of 3 Idiots even though it is a commercial film. The amount of trust that Aamir Khan enjoys from the audience is unprecedented and he is very careful not to break that trust. The fact that his name is associated with a project is enough to create a demand for it. Dangal has become the biggest hit of Indian cinema at a time when demonetisation ate up some portions of the revenue. It is a historic verdict. Moreover Mr Chopra, Aamir has never addressed himself as a King. He is a people's person and it is the people who have made him one of the biggest stars that Indian cinema has ever witnessed. Over to the 3 Idiots sequel Mr Chopra. I bet you can't make it work without Aamir Khan.

The makers of Shikara organise a special…