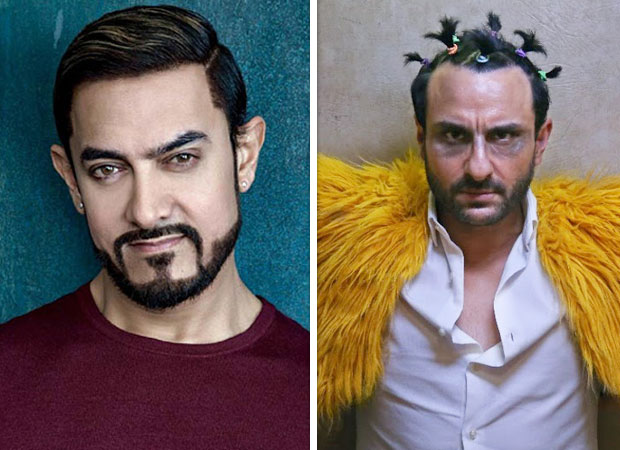 Aamir Khan enjoys a certain credibility and trust among the audiences like no other actor or superstar. He rarely praises a film and whenever he does, those films always impress a wide section of audiences. In recent past, he has said some good words about Tu Hai Mera Sunday, Sachin: A Billion Dreams, Sultan, Thithi and Sairat and all these films got thumbs up from the moviegoers.

Today, the superstar has praised one more film which is surely going to help that movie in some way. The film in question is none other than Kaalakaandi, directed by Akshat Verma, who wrote Aamir’s quirky 2011 comedy Delhi Belly. Kaalakaandi stars Saif Ali Khan, Akshay Oberoi, Sobhita Dhulipala, Kunaal Roy Kapur, Deepak Dobriyal, Vijay Raaz, Neil Bhoopalam and Shenaz Treasury and is a story of one night in the city of Mumbai. Aamir saw the film at a special screening and posted a picture consisting of his thoughts about the film. He wrote, “Kaalakaandi is one of the funniest I have seen in a long time. Haven't laughed this much since I read the script of Delhi Belly. Absolutely loved all the performances. Saif was outstanding! "What a debut Akshat! Proud of you. Don't miss this one guys, it releases tomorrow”.

Kaalakaandi faced lot of hurdles to make it to the theatres. Firstly, the Central Board of Film Certification (CBFC) asked for insane number of cuts due to which the makers decided to move to the Tribunal. The Tribunal thankfully cleared the film with one or two cuts and an ‘A’ certificate. Then the producers, Cinestaan Film Company, contemplated releasing it on online streaming platforms.

With a superstar like Aamir Khan raving about Kaalakaandi, let’s see how much it manages to make an impact at the box office. The film releases tomorrow, that is, January 12, 2018.