We already told you that Aamir Khan will be seen essaying the role of a Sardarji in his next release Laal Singh Chaddha, and a major chunk of the film is shot across Punjab. The Chandigarh schedule was recently wrapped, and the actor made his way back to Mumbai. However, Punjabi actor Gippy Grewal has now shared a handful of adorable photos of son Gurbaaz, in Aamir's arms. 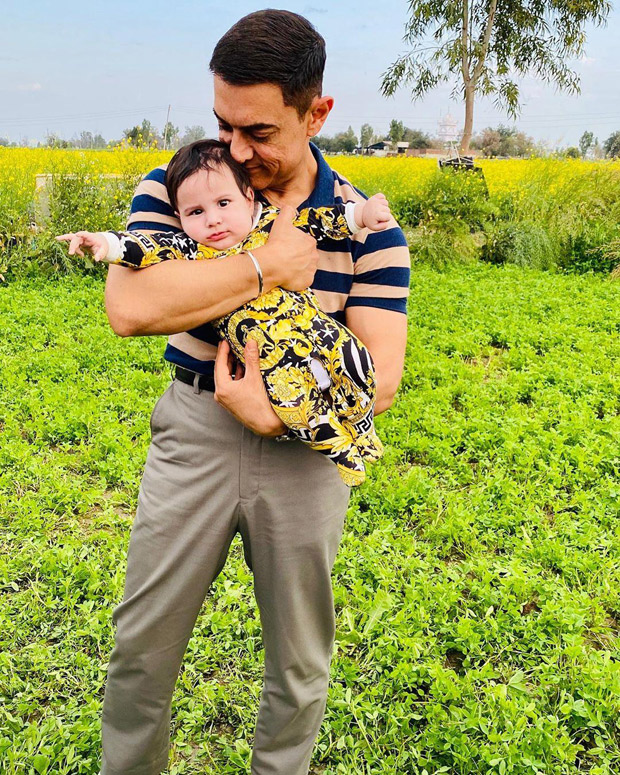 He took to Instagram to share the photos that have Aamir standing in the midst of a lush, green field, holding the kid in his arms. "#LalSinghChadda #GurbaazSinghGrewal #aamirkhan Bhaji," he wrote.

Gippy, who was last seen in a music video alongside Neha Sharma, recently also visited the sets of Laal Singh Chaddha, and met Aamir. He was overwhelmed with how the film showed immense respect to Punjabis, and shared a photo of himself with Aamir. "Yesterday I visited on set of Lal Singh Chadha. Aamir Bhaji showed me some of scenes and songs of ‘Lal Singh Chadha’ . What a performance , another master piece on the way," he wrote.

Yesterday I visited on set of Lal Singh Chadha. Aamir Bhaji showed me some of scenes and songs of ‘Lal Singh Chadha’ . What a performance , another master piece on the way . Director Advait Chandhan done a fabulous job. Especially they have given a huge respect to Turban. Being Punjabi I appreciate and thanks from core of my heart to entire team of Lal Singh Chadha for giving a huge respect to our pride “Turban”. Let’s wait to enjoy Christmas with master piece and thanks to Aamir Bhaji for giving such a warm gesture. I am really blessed to have friend , mentor like Aamir Bhaji. Love u Bhaji ???? @_aamirkhan #advaitchandan #lalsinghchaddha #gippygrewal

Also Read: Aamir Khan will have a working birthday as he jets off to Amritsar to shoot for Laal Singh Chaddha