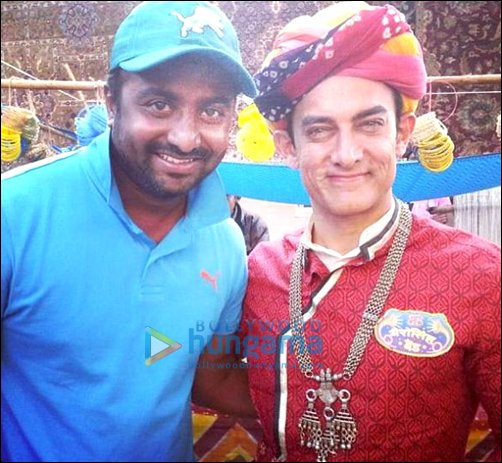 Aamir Khan's first look from P.K. created a stir as the actor was dressed in a rather weird combination wearing a blazer along with a ghagra. Now in another on-the-set still, Aamir is seen dressed in typical, traditional Rajasthani attire.

In fact, the attire reminds us of Shah Rukh Khan's get-up from his film Paheli which was also based in Rajasthan. Rajkumar Hirani's P.K. is currently being shot in Rajasthan. Besides Aamir, the film stars Anushka Sharma, Sushant Singh Rajput and Sanjay Dutt.