Director Ali Abbas Zafar has had a remarkable journey to the top in Bollywood. He is the youngest director to have two 300 crore blockbusters to his credit with Sultan and Tiger Zinda Hai. Only Rajkumar Hirani has this feat with P.K. and Sanju! An outsider from the city of Dehradun, Ali was groomed and nurtured by YRF as he started his journey in Bollywood as an assistant director and graduated into becoming a star director that he is today on his own merit! 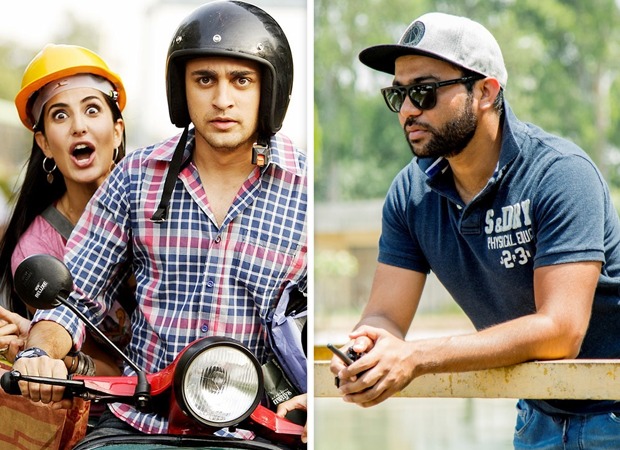 He adds, “One day, I was driving to Goa with some friends and he called me and said I read your script and I think it's pretty good. It just needs some minor fixing and we are good to go. I would say it's been miraculous, it's been fascinating and to be a complete outsider in this industry, to get a chance to direct for YRF and to work with Katrina, Imran and Adi has been a blessing.”

In the process of directing Mere Brother Ki Dulhan, Ali made a friend for a lifetime in Katrina Kaif. He says, “Katrina and I are like chalk and cheese! Definitely best of friends but we have our disagreements too. That is what keeps our relationship real and relevant. You just need to be true to yourself and especially when you find close friends, you need to be honest with them. I've always tried to do the best I could do with her and she supported me in every possible way she could.”

Ali adds, “When she said yes to Mere Brother Ki Dulhan, the role on paper was very strong but you know I was a complete newcomer and she was riding super high on her success. For her to be generous enough, to choose me over other filmmakers who were offering her scripts at that point of time, was a very brave decision. Since then, till now we've been more of personal friends than professional friends. So yes, thank you Katrina for always being there for me and it's been great to have you in my life!”

Ali also wrote Mere Brother Ki Dulhan that had a very progressive woman protagonist who lived her life on her own terms. For a first time director, writing a script like this meant a lot of creative freedom to chase this idea. Ali reveals, “I personally feel working with YRF from Mere Brother Ki Dulhan to Tiger Zinda Hai, I think as a director there was complete creative freedom. I think I found my voice as a film-maker in YRF. It's a dream to have a producer like Adi Chopra because he himself is a director and he understands that if he is giving responsibility to someone to direct a film, to tell a story, he just needs to fly, he needs to have wings of his own creativity.”