Arjun Kapoor has found a quirky way to celebrate the anniversary of his hit film Ki & Ka in which he was paired opposite the gorgeous Kareena Kapoor Khan. The actor posted a picture of him holding a mangalsutra, a nostalgic reminder to the film’s poster that had Kareena tying the mangalsutra on the neck of Arjun. It was an intentional visual used by the director, R. Balki, to showcase the need for gender equality in society. Arjun also requested Balki for a sequel to the film! 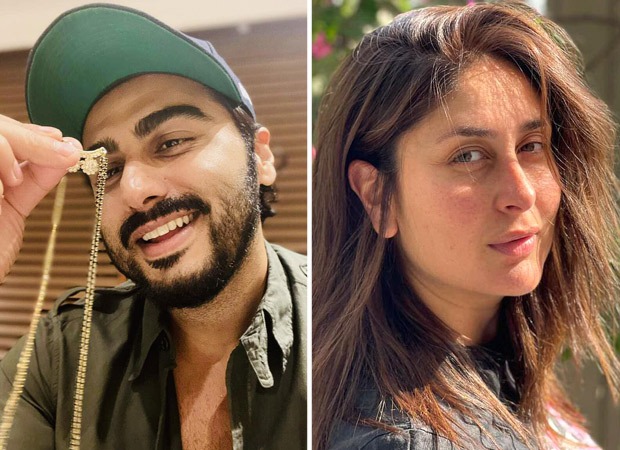 Arjun captioned the picture saying, “A piece of memorabilia from Ki & Ka!!! Missing the set and missing the on-screen Ki. This film was personal as I chose it for my mom and it’s now even more personal after working with Bebo and Balki sir... I think we need a sequel! What say Kareena Kapoor?”

Kareena Kapoor Khan, too, took to her Instagram handle to share a throwback picture from the sets of Ki & Ka and wrote, "A film I thoroughly enjoyed, a film quite bold, a film after which Tim was conceived, a film that must be made into a sequel... only cause I want to work with @arjunkapoor and Balki once again... Arjun don’t worry, I will continue to say chappal laooooo."

Ki & Ka had triggered a national conversation about gender parity in society as the director had positioned the film perfectly with a tag line that read ‘Striling, Puling, Samething!’.

Also Read: Arjun Kapoor pens an emotional note for his mother’s 9th death anniversary, says, “On most days I manage but I miss you, come back”