They were like brothers from different mothers. On screen, that is. In real life Mr. Bachchan and Rishi Kapoor scarcely met. They moved in different circles and had different interests. For one, Mr B is a teetotaller, and Rishi…well, to put it mildly he loved his drinks. But together on screen they looked as compatible as, gin and tonic. 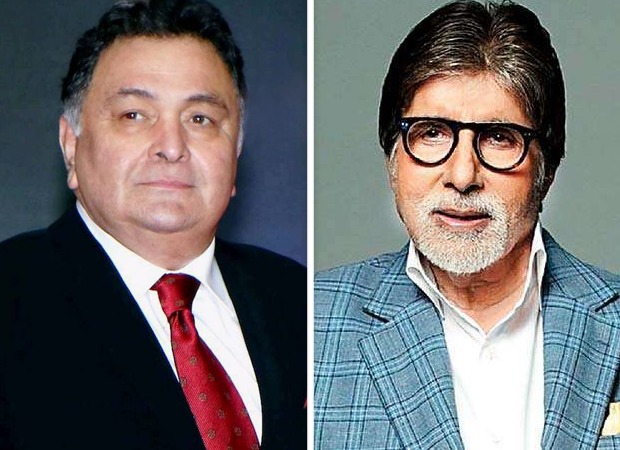 1. Amar Akbar Anthony: Vinod Khanna and Rishi Kapoor were Amitabh Bachchan’s constant co-stars during the 1980s and 90s when Mr B reigned supreme. Rishi didn’t enjoy playing the second fiddle. And in actuality, he didn’t. Rishi’s Akbar was every bit as vital to Manmohan Desai’s film as AB’s Anthony. And during Rishi’s rousing qawwalli ‘Parda Hai Parda Hai’ as AB storms on to the stage with a garland of currency notes it was an acknowledgement of what an invaluable co-star the Kapoor was.

2. Naseeb: Again, as brothers, the scene-stealing moment came when AB and RK got together to do the drunken song ‘Chal Chal Mere Bhai Tere Haath Jodta Hai’. They were clearly in the mood to have a blast. In many ways Naseeb had more of the AB-RK camaraderie than Amar Akbar Anthony.

3. Coolie: In the third Manmohan Desai film that they did together Mr Bachchan and Mr Kapoor were just good friends. While in the first two films they played brothers, here they were joined more by their mutual dosti than anything else. Regrettably the entire focus of attention shifted from AB’s bonding with RK to the near-fatal accident on the set.

4. Ajooba: In this Arabesque mess, Amitabh Bachchan and Rishi Kapoor were two overgrown kids masquerading in costumes trying to have fun in a never-land. Though both the actors were too professional to question what director Shashi Kapoor was trying to do, this was clearly not an occasion conducive to constructive camaraderie.

5. 102 Not Out: At last, father and son. After playing brothers repeatedly, the two actors finally got around to playing what they were always meant to. Rishi played a grumpy 76 year old son to Bachchan’s 102 year old dad. Though as usual Mr B had the upper hand, Rishi again proved himself a natural-born scene-stealer