The 1988 film Tezaab directed by N Chandra is still among the popular films starring Anil Kapoor and Madhuri Dixit. The film completed 31 years today and the lead cast took to Twitter to share memories from the film. 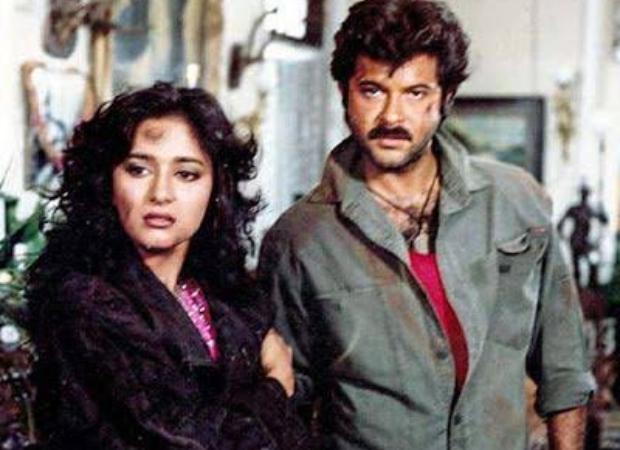 Anil Kapoor took to Twitter to share stills from the film and said that he dedicates this year to Laxmikant of Laxmikant-Pyarelal who composed the music of the film. He wrote, “#31yearsofTezaab, the film that gave @MadhuriDixit & I so much. I want to dedicate this year to the great Laxmikant of Laxmikant–Pyarelal & to the lion-hearted Late Dinesh Gandhi who backed N. Chandra’s vision which leads to it becoming a super hit blockbuster! @Javedakhtarjadu”

On the other hand, Madhuri Dixit posted a video of herself dancing to the iconic song 'Ek Do Teen'. The actress asked everyone to take up the dance challenge on Tik Tok. Sharing a video of herself dancing, she wrote, “'Ek Do Teen'... has been a really special song for me. So today, I'm celebrating #31YearsOfTezaab with a fun dance challenge on @TikTok_IN. Match my steps & share your videos using #EkDoTeenChallenge. A few of you will also get a surprise from me. Let's dance away”

Tezaab was the first big break of Madhuri Dixit and reaffirmed Anil Kapoor’s star status after the release of Mr India (1987). It ran in theatres for more than 50 weeks, becoming a golden jubilee, and it was the highest blockbuster at the box office for the year 1988 in Bollywood.

Also Read: “You have to work hard to add freshness to it” – Anil Kapoor on doing comedies like Pagalpanti