Megastar Shah Rukh Khan completes 30 glorious years in the Indian film industry today as Deewana, which marked his debut on celluloid, released on 25th June 1992! Yash Raj Films celebrated this special moment in cinema and his incredible journey by unveiling SRK’s intensely guarded look from Pathaan through a motion poster! This move caught everyone by surprise because no one was prepared for this huge reveal and it created frenzy on the internet! After the release of the poster, the actor took to Instagram to do a rare live session and chat with fans around the world. 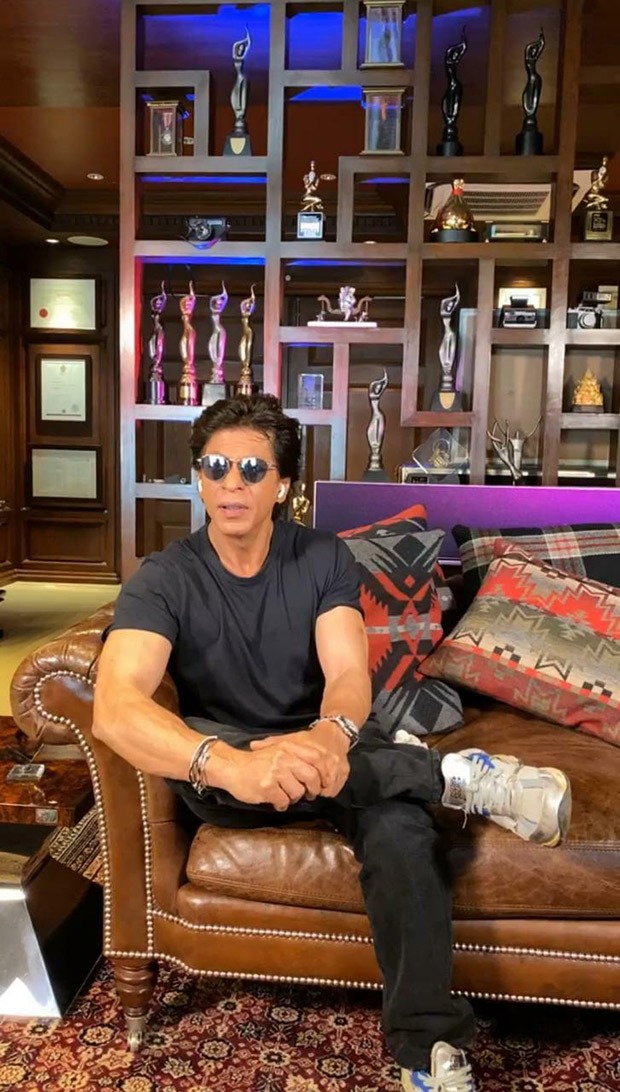 In the virtual interaction, Shah Rukh Khan thanked the fans for wishing him on completing three decades in the film industry. The actor spoke about his forthcoming films, Pathaan and Jawan. During the chat, he revealed that the trailer for Pathaan will be launched in the window of November to Decembe, this year. He also confirmed his cameo in Tiger 3 starring Salman Khan. Addressing him as his brother, he also said that Salman has a cameo in Pathaan too and they had a fun time shooting. He also answered several fan questions.

The hugely anticipated Pathaan, which is part of Aditya Chopra’s spy universe, has the biggest superstars of the country Shah Rukh Khan, Deepika Padukone, John Abraham.