One of the most loved films of Bollywood, Beta, completed 30 years on April 3 this year. An official remake of the 1987 Tamil film Enga Chinna Rasa, it emerged as the biggest blockbuster of 1992. Lead actors Anil Kapoor and Madhuri Dixit won the Filmfare that year and even today, it ranks as one of their best performances. It was no wonder that both the actors shared posts to celebrate Beta’s 30th anniversary on April 3. Beta was directed by Indra Kumar and it was his second directorial venture after Dil (1990), which was also a huge hit. As Beta completes 30 years, Indra Kumar spoke exclusively to Bollywood Hungama about the film and a lot more. 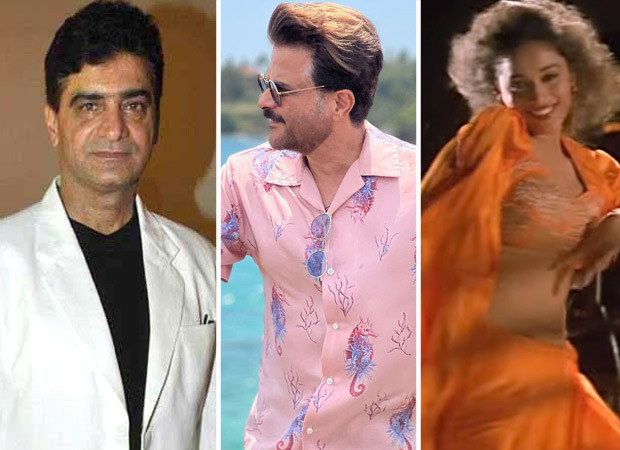 Did you remember that Beta’s 30th anniversary was on April 3?
Yes, of course. It was one of the most important films of my life. It was widely appreciated by the audiences. Hence, it is a very special film to me.

Was Anil Kapoor the original choice?
Yes, he was the only person we had in our mind for the role of Raju.

Was Sridevi initially offered the role of Saraswati?
It is possible. Earlier, the film was being made by Boney Kapoor. So maybe, he might have approached Sridevi ji. I do not have any idea about this bit. However, when I got the rights to the Tamil film and we took over, I signed Madhuri Dixit. We anyway were doing Dil together.

Though Dil was released first followed by Beta, it is said that you had started work on Beta first. Is that true?
Both films went on floors simultaneously, in the same month. However, for certain reasons, Beta got stalled and Dil got completed first.

There’s an interesting Beta and Dil connection. You shot the hit song of Dil, ‘Dum Dama Dam’ on the sets of Beta! This was after Dil had been released in cinemas…
Yes, that’s true.

Why did you shoot the song after the release of the film? It’s a rare phenomenon!
That’s because we really wanted this song to be a part of Dil. It was my first film and since I had already shot a lot, we had faced budget constraints. Earlier, we were running out of energy and money (laughs)!

With Beta, you managed to shoot the iconic song ‘Dhak Dhak’ a week or two before the release. It turned out to be a very sensuous track. However, did you worry that it might become vulgar?
Yes, that was the idea that it should not be vulgar. And we succeeded. Families ne saath mein milke picture dekhi. So we ensured that we should not go overboard. Madhuri anyway is so graceful. Woh kabhi vulgar lag hi nahi sakti (smiles).

Saroj Khan choreographed the song and she had said in an interview that Beta got stuck at the censors due to the ‘Dhak Dhak’ song. Is that true?
I don’t think so. The CBFC had passed the film with a ‘U’ certificate…

Beta also had some entertaining action scenes. One of the most memorable shots is when Anil Kapoor is tied to a giant wheel cabin while it is in motion…
Yes, and poor Anil did it himself. No body double was used. He said he’d like to do it himself. So, I told him, ‘Theek hai, latak ja’ (laughs)! Thankfully, it came out very well. When everyone is working with passion and when their energies come together, everything works out fine. 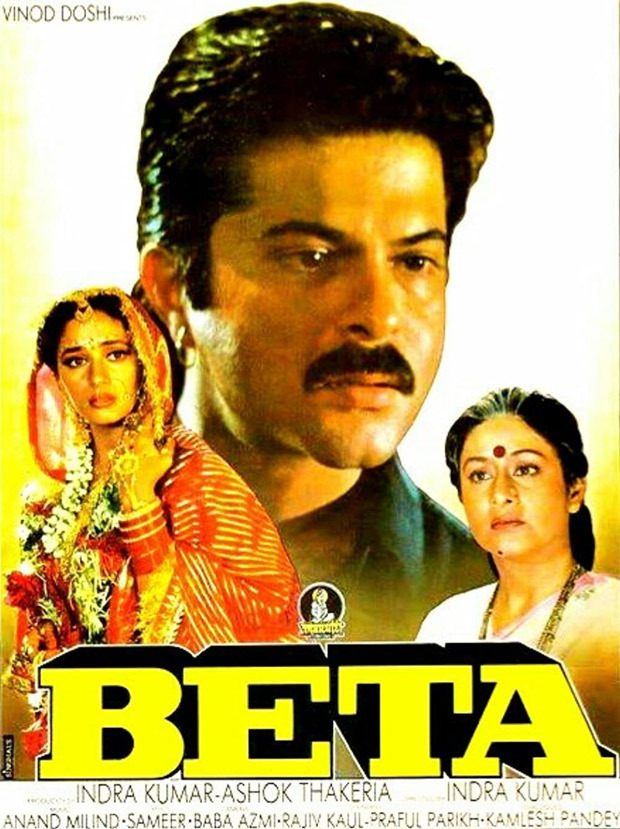 Is it true that there’s a tree in Ooty which you feel is very lucky and you always include it in your film? It was also seen in Beta…
Yeh toh bahut purani baat hai yaar. And yes, we shot ‘Koyal Si Teri Boli’ there.

Beta had a bold topic and showed a mother (played by Aruna Irani) as the antagonist, for the most part of the film. Did you ever have any apprehension that the traditional movie-going audience might not accept this notion? After all, the audiences were not that evolved 30 years ago…
I was very sure that the film would work. That’s why we put in so much hard work. And people loved it and remember it even today. It was the biggest blockbuster of the year. Aaj bhi, TV serial waale Beta ki story ko copy kiye ja rahe hai, kiye ja rahe hai (laughs)! Saare serials ussi pe based hai. Toh mujhe khushi bhi hoti hai ki chalo (meri wajah se) serial waalon ka bhala ho gaya! Just a day before yesterday, someone told me that he saw a daily soap and that usme Beta ka angle hi tha. I was like, “Theek hai, hoga. Main toh film bana chuka hoon. Unko banana do”!

Your distributors had told you after watching the trial that Beta is a super-hit and yet, you reshot the first half! May I know why?
Well, I thought some portions seemed outdated. The final product thankfully turned out to be much better. So, I feel that our decision to reshoot was correct.