It was a night full of nostalgia when Shah Rukh Khan, Kajol and Rani Mukerji reunited on the occasion of 20 years of Kuch Kuch Hota Hai. The film marked the debut of Karan Johar as a director. As the stars shared memories from their filming experience, Rani Mukerji thanked Kajol and Shah Rukh Khan for being the best co-stars a newcomer could have. 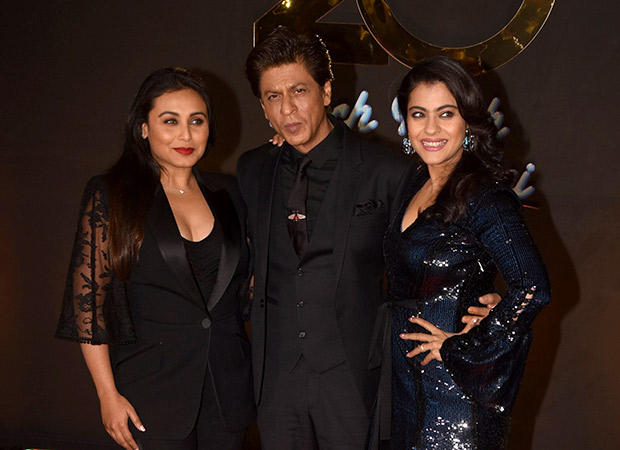 Rani Mukerji was at the time 17 years old when she was cast for Kuch Kuch Hota Hai after Twinkle Khanna and many top actresses rejected the role of Tina. Till date, she is thankful to Karan for trusting her with the role and giving the role which boosted her career. "I think I have said this several times in my interviews that Thank you, Shah Rukh for teaching me how to romance on screen. I just love your heart. I don't there's anybody who can romance like Shah Rukh on screen. I feel very blessed and lucky to be one of his heroines. I don't think there is anybody who loves like Shah Rukh. Thank you, Shah Rukh for being so lovely. Thank you for making me feel so loved and teaching me how it is actually to romance on screen. I couldn't have it better in my career to have SRK romance me and teach me how to romance."

Rani further thanked her cousin and co-star Kajol for always helping her. "Also, Kajol didi for helping me always whenever I got stuck."

Kajol stopped her midway and praised Rani for standing strong in front of her and Shah Rukh Khan even when she was a newcomer. "Let me just tell you something about Rani that one thing she never asked for was, help. She came and stood in front of all us, in front of Shah Rukh Khan, me, in front of Karan. Yes, she may have been nervous off-screen but never showed it on-screen. She stood over there, gave her shot like a star, wore shortest skirts like a star, walked across that mind-blowing college that nobody knew existed before Karan Johar's showed us on screen."