Last year, the industry and fans rejoiced as Amitabh Bachchan completed 50 years in Bollywood. It was a huge feat for an actor to complete half-century while working consistently in films. Meanwhile, superstars like Salman Khan and Aamir Khan have completed almost 32-33 years while Shah Rukh Khan few days ago celebrated his 28th anniversary. Sunny Deol, Ajay Devgn, Akshay Kumar etc too have managed to survive as leading men for more than two decades. 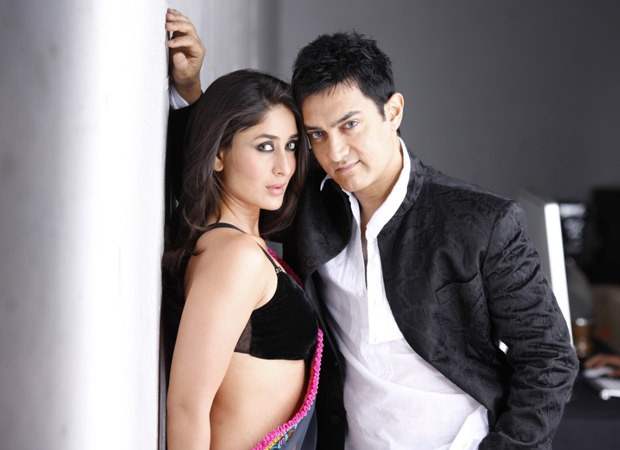 Sadly, the same can’t be said for the actresses. Many of them have limited shelf life. In most cases, it ends after marriage or motherhood, or after they cross 35 or 40. They then often shift to doing supporting roles of the mother of the younger characters. A few of them managed to still stick around and play leading roles like Kajol and Madhuri Dixit. However, their films, mostly, comes after a huge gap and also the popularity sadly is not the same as before.

However, Kareena Kapoor Khan has proved to be an exception. Exactly 20 years ago, her debut film Refugee released on this day and since then, she continues to be one of the top 5 actresses of Bollywood! Her marriage with Saif Ali Khan in 2012 didn’t put any brakes on her career. The only time she took a nearly two-year gap was when she turned mother. And after that, she bounced with back with two super-hits – Veere Di Wedding and Good Newwz.

Kareena Kapoor Khan had a rocking debut with Refugee. The film had created tremendous curiosity as it was J P Dutta’s next film after historic blockbuster Border (1997). The pairing of debutants and star kids Abhishek Bachchan and Kareena also enhanced curiosity. Anu Malik’s music too was a rage. The film collected Rs. 1.56 crore and it was biggest opening day ever till then, bigger than the films of the Khans any other ruling stars! This speaks volumes of the excitement this film had generated. For J P Dutta, this was his second biggest record opening after Border, which opened at Rs. 1.12 crore. Refugee sadly got a mixed verdict and ended as an Average film. But Kareena had got noticed and was loved. 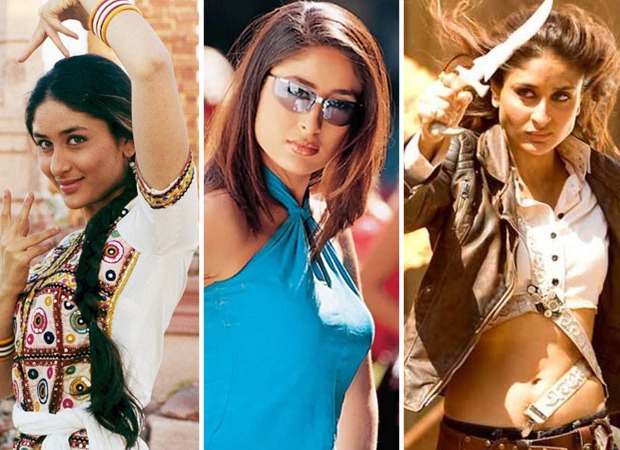 This was followed by Kareena’s pairing up with another debutant, Tusshar Kapoor, in Mujhe Kucch Kehna Hai (2001). This emerged as a surprise super-hit of the year and cemented Kareena’s position. The same year, she was seen in as many as 4 films. While Yaadein flopped despite the initial hype, Ajnabee was average. Asoka, too, didn’t work despite the presence of Shah Rukh Khan and grand period set up. And then came Kabhi Khushi Kabhie Gham and Kareena arguably benefited the maximum out of this film. The multi-starrer film was the second biggest grosser of 2001. Her role of the bubbly and high-nosed Poo was very well received and it became one of the iconic characters of all times.

The period of 2002 to 2004 was a pretty bad one for Kareena Kapoor Khan as she delivered 10 flops back to back. Aitraaz and Hulchul ended this phase for her. The next couple of years too weren’t great for her box office wise. But in 2007, she surprised one and all with her performance in Jab We Met. It is considered to be one of the best portrayals by a female actor ever in Bollywood and to say Kareena was flawless is an understatement! And of course, it translated into healthy box office numbers as well.

In 2008, she made news with her size-zero avatar and for her pairing with Saif Ali Khan, with whom she had got romantically paired, in Tashan. Sadly, the film didn’t become a Hit as intended and was average (and not a flop as believed). After a few not-so-memorable films, she appeared in 3 Idiots (2009), the first Rs. 200 crore grosser of Bollywood. She had limited screen time but she had a significant part and her performance added to the impact. 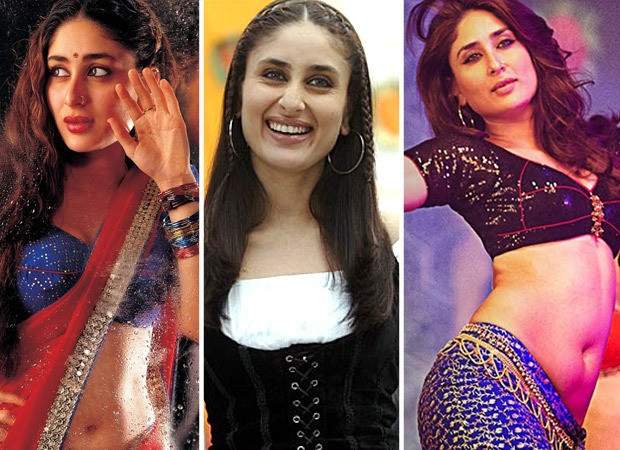 In 2018, Kareena Kapoor Khan was seen in the chick flick Veere Di Wedding, her first film in 2 years. The film had got into controversy after the right-wing groups called for its boycott since Kareena along with her co-stars – Sonam K Ahuja and Swara Bhasker – had protested against the Kathua rape. Also, it was an urban, A-rated film and there were apprehensions that it won’t find audience. However, Veere Di Wedding opened at a huge Rs. 10.70 crore and ultimately, managed to earn a whopping Rs. 81.39 crore!

In 2019, Kareena Kapoor Khan was seen in Good Newwz, which released in the last week of the year. It co-starred Akshay Kumar, Diljit Dosanjh and Kiara Advani and was a fun and moving tale of sperm mix-up. Kareena’s role was well written and she did total justice. The film ended up earning Rs. 205.14 crore and gave a yet another boost to Kareena’s career.

Kareena Kapoor Khan was also seen in a supporting role in Angrezi Medium (2020), which was the last film to release before the lockdown was imposed. Sadly, it hardly ran for a few days and earned a meagre Rs. 9.36 crore. However, that it opened at Rs. 4.03 crore despite the Coronavirus scare proves that if things were normal, it would have opened at Rs. 5-6 crore and could have had a healthy lifetime.

If her special appearances or dance songs are not counted, Kareena Kapoor has been seen in 49 films. Interestingly, out of these, a whopping 23 films were flops. As aforementioned, she gave 10 flops over a period of two years. Yet, producers didn’t lose faith in her because of her enigmatic screen presence and performances. Also, few films were flops but they were laced with super-hit songs featuring Kareena. Today, Asoka is fondly remembered only for the songs ‘Raat Ka Nasha’ and ‘San Sanana’, both of which featured Kareena. Same goes for ‘Jab Dil Mile’ in Yaadein. This is something Kareena has been consistent over the years. Her tally of super-hit and popular songs is unparalleled. 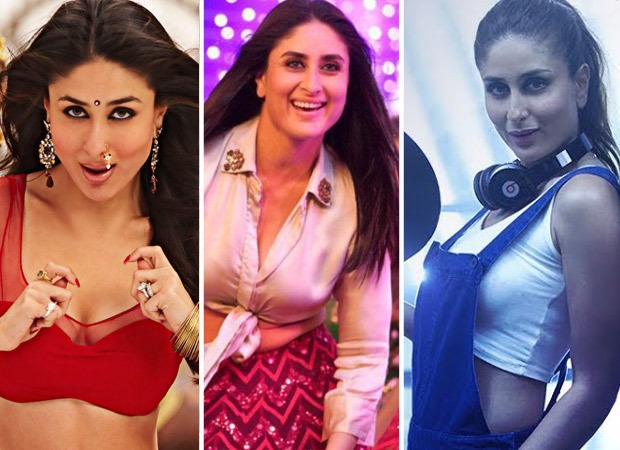 Kareena Kapoor Khan also exceled in playing difficult roles with élan. She got into art cinema territory with Chameli (2004). As expected, it flopped but gave Kareena the stamp of a performing actor. And also another hit song in the form ‘Bhaage Re Mann’! She followed this with more unconventional films like Dev and Omkara. She also balanced with commercial films and roles. What’s praiseworthy how effortlessly she slipped into the role of Poo and Geet. And also her superb comic act in Golmaal 3! A little more OTT acting and these roles would have failed to create lifelong impact. But she did it just right. She exactly knew how much to hold back. The result is there to see that even after so many years, these performances of Kareena are being talked about. And one can confidently say that even 20 years later, these performances will stand the test of time!

Many moviegoers and even her fans have complained that Kareena Kapoor Khan did arguably not-so-memorable and unimportant parts in films like Singham Returns and Bajrangi Bhaijaan. However, these films got the numbers and also, not many prominent actresses were willing to do such roles. Anushka Sharma, Priyanka Chopra, Deepika Padukone etc stopped doing such roles in the last 6-7 years and mostly focused on roles which more or less had equal screen time as the leading heroes. But Kareena chose to do these films which ensured she didn’t disappear from the limelight. Also, her casting gave the film that extra push.

As Kareena Kapoor Khan turns 40 this year and completes 20 years in Bollywood, she enters a decisive phase in her career. She’ll have to be selective about her roles and yet ensure she keeps getting interesting offers. She couldn’t afford the multiple-flops-in-a-row episode again in her life. Most actresses haven’t managed to sustain for long in this age-bracket as a successful and consistent heroine. How Kareena manages to be the exception remains to be seen.

Nevertheless, Kareena Kapoor Khan is a true success story. She’s seen not just as a pretty face but a versatile actor who can dabble into various kinds of roles and genres. She has worked with some of the most talented actors and directors and no wonder, her box office record is enviable. In the past, heroines like Fearless Nadia, Mumtaz, Nutan, Hema Malini, Sridevi and Madhuri Dixit also ruled for a long time in Bollywood as leading heroines. But if all goes well, Kareena Kapoor Khan is all set to outshine them and emerge as an actress with the longest career as a lead in the history of Bollywood!