20 years ago, Hum Saath Saath Hain opened on this day, a few days before Diwali, and as expected, it opened up to a bumper response. After all, it was one of the most awaited films of that year, featuring an enviable star cast of Salman Khan, Sonali Bendre, Saif Ali Khan, Karisma Kapoor, Mohnish Bahl and Tabu. And moreover, it was directed by Sooraj Barjatya, whose previous film Hum Aapke Hain Koun was one of the greatest blockbusters in the history of Indian cinema! And unlike Hum Aapke Hain Koun, Hum Saath Saath Hain had a pan-India wide opening, in 350 theatres. Audiences flocked for the film and made it the biggest grosser of 1999 as it earned Rs. 39.18 crore. In today’s times, that’s equivalent to Rs. 274.25 crore! 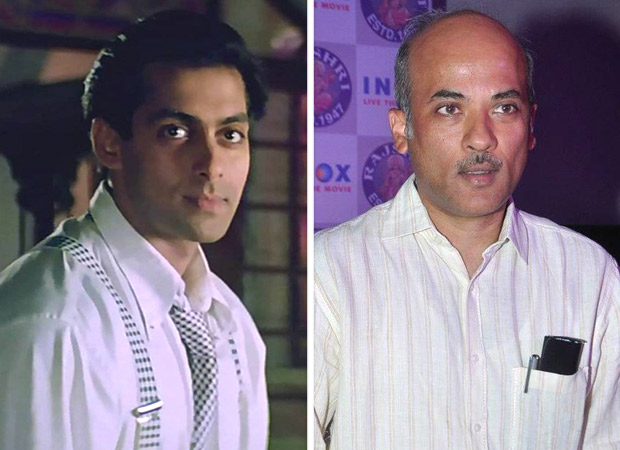 On the joyous occasion of 20th anniversary of Hum Saath Saath Hain, Bollywood Hungama went through the making footage and found some very interesting information with regards to the film’s cast. “The casting of the film was very crucial. I wanted 8 artists for 100 days (for the shoot of the film),” says Sooraj Barjartya and then goes to explain how each and every actor was selected and why he/she fits the bill. The actors too spoke about their experience.

Sooraj Barjatya’s earlier two films – Hum Aapke Hain Koun and Maine Pyar Kiya – both had Salman Khan in the lead and it was natural that for Hum Saath Saath Hain, he approached the superstar, for the role of the middle brother Prem. “Talking about Salman bhai is like talking about myself. I think he’s one of the finest human beings I have known,” admits Sooraj. In the previous two films, Salman portrayed an outgoing character but in Hum Saath Saath Hain, he was supposed to essay a shy, sensitive and soft-spoken person. No wonder Sooraj confesses, "This is one role that has given me sleepless nights because I have played with his image. But I think his performance has come out wonderful in the film!” Salman, meanwhile talks highly of his director, “We are more like brothers. We are two different people but we have lot of similar qualities. I am very fond of him and he cares about me a lot”. And then he makes an interesting observation, “Prem in Hum Aapke Hain Koun was Sooraj in real life at that point of time. Now he’s grown and matured a little more. And Prem in Hum Saath Saath Hain is how he is now. So what he is in real life is portrayed by me!”

Sonali Bendre meanwhile was floored at the narration stage itself as she says, “I had four hours script narration of Hum Saath Saath Hain where Sooraj ji even hummed my background score for me! I was flabbergasted! I never had this kind of narration ever in my life before. I knew exactly what I was supposed to do as everything was given to me on a platter.” Sooraj Barjatya however praises Sonali without giving himself any credit. He says he was amazed by the prep she did for the role of Preeti.

As for Mohnish Behl, he too had worked with Sooraj Barjatya in both Hum Aapke Hain Koun and Maine Pyar Kiya. But it was the sensitive performance by the actor in Hum Aapke Hain Koun’s climax that made Barjatyas offer such a pivotal part of Vivek to him. Mohnish meanwhile shares that he couldn’t believe he was offered Vivek’s character and he called it ‘an opportunity of a lifetime’. Tabu plays his wife, Sadhana, and Sooraj make an interesting comment about her, “She is one actress who surprises the director. There have been so many instances where I wanted a particular kind of reaction from her and she even agreed to do so. But she ended up doing something very different and initially it seemed that she didn’t emote. But when I saw the rushes, I realized that every expression, the movement of the eyes etc was spot on!”

“Saif Ali Khan is a very natural actor. You cannot bound him by definite instructions,” explains Sooraj Barjatya, and somewhere it fit his character of the younger brother cum brat, named Vinod. Saif too like others was surprised by the script and narration. He tells, “I didn’t expect such a good role. I would have been happy with anything (including a smaller part). The script is so beautifully written that you just have to say the lines, probably copy how Sooraj ji is trying to get you to do it, and not try to do or add anything extra”. As for Karisma Kapoor, who plays Sapna, Sooraj Barjatya reveals, “She gives so many variations in a performance. She is one of the most hardworking actresses I have come across. Her enthusiasm shines on all of us”! Karisma called working with Sooraj a ‘dream come true’ experience, “I have been his great fan right since Maine Pyar Kiya,” she admits.

Lastly, Sooraj Barjatya exults that he is obliged to Neelam Kothari for accepting the role of Sangeeta, the only sister in the family, further adding that she added a lot of grace to the part. Neelam, who had almost stopped working in films, admits that she took around 15 days to make up her mind whether she should sign this family entertainer. Mahesh Thakur, who plays her hubby Anand, says that working with Sooraj and the rest of the Barjatyas gave him a ‘kick’!

At a time when multi-starrers are rare and where filmmakers have confessed that getting two-three actors together is next to impossible, one can’t help but smile while seeing these making videos of Hum Saath Saath Hain. Every actor seemed happy with their respective part and the credit should also go to Sooraj Barjatya for giving importance to each and every one of them in the film. Here’s hoping we get many more such clean, star-studded films in future!