The temperature in summer 2003 had gone skyhigh thanks to the release of Andaaz. Starring Akshay Kumar and newcomers Priyanka Chopra and Lara Dutta, the film caught the attention of the moviegoers thanks to the steamy posters followed by the songs and youth appeal. The film ended up collecting Rs. 15.94 crore and was the first hit of 2003. 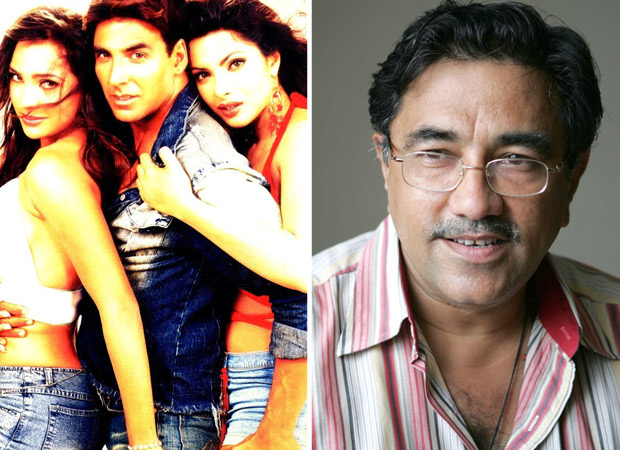 19 Years of Andaaz EXCLUSIVE: Suneel Darshan speaks about the original casting, original ending, and how the Akshay Kumar-starrer SAVED single screen cinemas from shutting down

As Andaaz completed 19 years on May 23, Bollywood Hungama exclusively spoke to producer Suneel Darshan about the film, and a lot more.

Andaaz was quite in your zone. Yet, why didn’t you direct the film?
I am a person who likes to do one film at a time. I was already working on Mere Jeevan Sathi (2006). Nevertheless, I did monitor every aspect of the movie, right from the script to the casting to music etc. Director Raj Kanwar was going through a low phase. We had a good association in the past. So he asked me if he could step in as the director. I felt that it was perfectly alright as he was a competent filmmaker who had made several hit films in the past.

Was Akshay Kumar the original choice?
Akshay Kumar was a part of everything that I was doing then. When I came into his career, he was going through a low phase. Then Jaanwar (1999) happened and it worked exceptionally well for his career. He had promised me that we’ll do a hundred movies together. We actually managed to do 7 films together, which is a tall order. Most of them were successful. So we have had a great relationship.

Were there any catfights between the film’s heroines Priyanka Chopra and Lara Dutta?
Not at all. There were buddies!

The soundtrack of Andaaz was a hit. One song which became a rage was ‘Kisi Se Tum Pyaar Karo’…
That song is humongous. Look at the kind of views it has!

It seems like the ‘Channa Mereya’ song from Ae Dil Hai Mushkil (2016) was inspired by ‘Kisi Se Tum Pyaar Karo’. In both the films, the guy falls in love with the girl but the latter friendzones the former. The marriage sequence is shown just before the interval point in both Andaaz and Ae Dil Hai Mushkil and in both the films, the bride gets to know the truth after the song, leading to the intermission point…
I don’t know about other songs. I just know that the kind of views that this song has had, maybe a ‘Pardesi Pardesi’ may have had. ‘Channa Mereya’ doesn’t have that kind of viewership according to me. The soul of the film was the music by Nadeem-Shravan and the way the songs held the whole film together.

‘Rabba Ishq Na Hove’ was another song that stood out due to the situation in which it was inserted in the film…
For ‘Rabba Ishq Na Hove’, the director had a different vision. He wanted 40 dancers. We got the tickets and costumes done for these dancers. However, later, I reasoned with the director that when the dilemma is between the 3 characters, why should we have 40 more people in the song? So such suggestions were given by me. And we had a great camaraderie and hence, there was no problem. Do you know that we shot the whole film in 9 months? We started the film in August 2002 and in May 2003, the film was released. It would have been out in April 2003 but we had to delay it due to the multiplex strike. 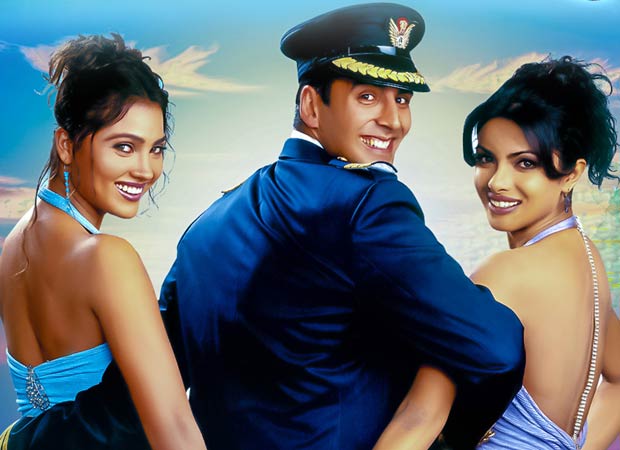 Otherwise, Andaaz would have been Priyanka Chopra’s first Hindi film, before The Hero (2003)…
Andaaz was supposed to come before The Hero. However, I adhered to the diktats of the Producers’ Association and the producers of The Hero didn’t and they jumped the fence. It didn’t make a difference to me as Priyanka didn’t have a role in The Hero. So I was happy that she got a launch in Andaaz the way I wanted it to be.

Was there ever an alternative ending for Andaaz? Instead of Lara Dutta, Akshay Kumar marries Priyanka Chopra; was that ever considered at the script level?
Not really. I had a reservation about the original climax. The movie was then 3 hours long. As per the contract, I had the upper hand in finalizing the output. Besides spicing a few sequences, I also insisted on the end being reshot. So, the movie got over much before the original version was supposed to get over. It did not need the mandatory Hindi film kind of ending.

What exactly was the original ending?
Lara Dutta takes the car and goes away to commit suicide. Akshay Kumar saves her from falling down the hill and brings her back. So you see, it was not needed in the film. Also, we wanted to make the narrative very compact. Moreover, the highlights were the eight songs and a plausible storyline and the two girls were the USPs. Akshay Kumar, meanwhile, was a known star. This film’s success confirmed his stardom.

The styling of Priyanka Chopra and Lara Dutta was spot-on. They looked glamorous and not vulgar even for a moment…
Their bodies were such that they could carry anything without looking vulgar. See any film of mine, you won’t find vulgarity. It’s a family going audience that we were catering to.

As per the details on the internet, the demand for Andaaz was such that its prints had to be increased after the release…
The best thing that I know is that several cinemas wanted to shut down over the course of the strike. We had distributed the film ourselves and I personally called the theatre owners and requested to keep their cinemas going. I assured them that they’ll benefit from Andaaz as I had that faith in the product. And thankfully, the film became a rage in the single screens.