Vivah, starring Shahid Kapoor and Amrita Rao, released on this day 15 years ago and even today, it has a special place in the hearts of millions of moviegoers. Director Sooraj Barjatya treated this innocent and pure love story beautifully, and no wonder that it still manages to melt our hearts. Amrita Rao as Poonam was phenomenal in the lead role and on this special occasion, Bollywood Hungama managed to speak to her about the film, her memories and her experience. She also opened up about her bond with her 1-year-old son Veer, husband RJ Anmol and their cute YouTube series, Couple Of Things. 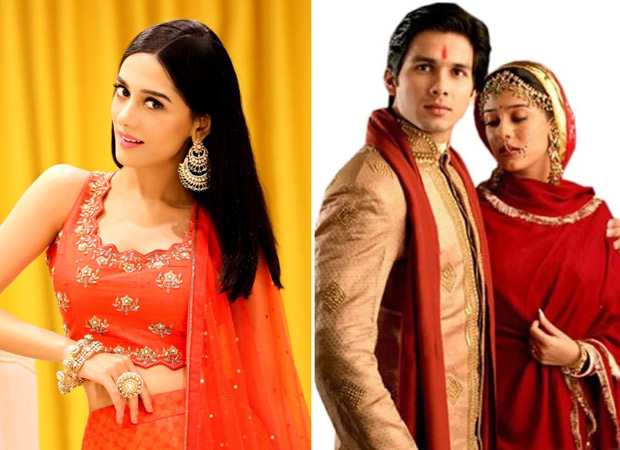 Did you remember that today was Vivah’s anniversary?
You’ll be surprised. Every 10th November, I message Sooraj ji. He loves it and fondly tells me that “You always remember”. Last year, on Vivah’s anniversary, he messaged me. So it's always a special day for us.

You’ve often said that an actor can have a hundred films but there’s just that one film that becomes your larger identity and that Vivah is that landmark film for you. Do you still feel so and do you feel happy that as time passes, its fan base is only increasing?
Absolutely! Some films have this magical quality of becoming bigger with time. Vivah has proved it. It has stood the test of time not just in cinemas but also on television. It’s a super-hit on satellite and has the record of being telecast every weekend. That’s why I came up with the hashtag #WeekendVivah because if it’s a weekend, Vivah has to be playing on TV!

It trended on Netflix when it released on the platform and that shows that it has fans all over…
I remember that. I had got messages on my social media handles, saying that Vivah is trending in Pakistan and India. When I first heard about Pakistan, I thought it was a prank. But then I realized that it's true and it was reassuring.

How did you prepare for the part of Poonam? How did Sooraj ji help you?
Very coincidentally, I had visited Mathura before the film undecidedly and then Sooraj ji told me that my character is also from the same place. So I kind of had an idea about the background and the lifestyle of Poonam. Then I just got inspired from the Barjartya films and the saadgi they portray on screen which was just not around us. Nobody was making films like that. I caught the sur of the character from Sooraj ji. I used to hear and see him very attentively, grab his sur and get into the character of Poonam.

To portray such a simple role so convincingly is actually quite challenging. The challenge was that without making her feel fake, how can someone be so simple? I remember after I had signed the film, Raj Babu (Rajkumar Barjatya) followed me on the way out. He told me, “Don’t think it’s simple. It’s a very difficult role”. And I remember telling him, “Don’t worry. I’ve got the sur of the character”!

Do you think you are like Poonam in real life?
I just played Sanjana (Main Hoon Na; 2004) before Poonam! Sometimes, some of your characters become your last perception. So that definitely happened with me in Vivah. But when you ask me if I am like her, it reminds me of a compliment paid by Anupam Kher. After the film was released, he remarked, “It’s not easy to put on a façade and play a character like Poonam who is so nice and pure. You must be having those qualities somewhere which came out over the course of the shoot”.

You had worked with Shahid Kapoor before in Ishq Vishk (2003) and Shikhar (2005). Was the equation different this time as Vivah was set in a different world?
We had a great working bond even before and thanks to Ishq Vishk, we had also found popularity. But Vivah was a big film for both of us and we wanted to give our best. The kind of professional rapport that we share on the set is very organic.

Both of you made a lovely pair and it had a different fan base. They call themselves ‘Shamritians’ and they want both of you to marry in real life…
(Laughs) That’s fans for you! 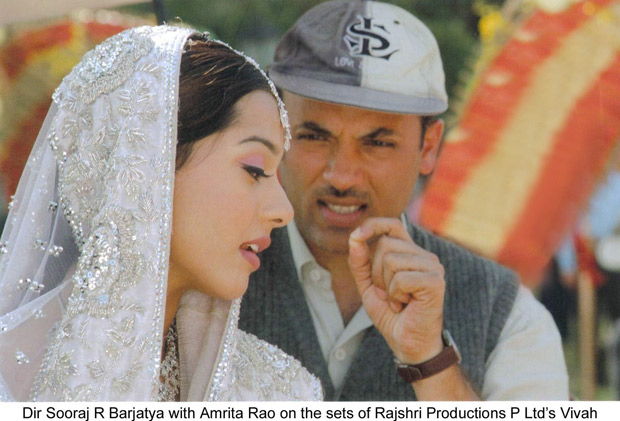 Which was the most difficult scene for you?
That will be the pre-climax of the film where Poonam gets burnt. Sooraj ji, Rajkumar ji, the DOP and I had visited certain hospitals in Mumbai which specialized in burn injuries. We wanted to understand the gravity of the situation during the first degree or second degree burns. We interacted with doctors; in fact, we also had a doctor on the set. I recall that in the morning that we were going to shoot, I messaged Sooraj ji and asked if I could visit the hospital again. Though it was not possible as the shoot was to take place the same day, I still went and then reached the set. Shooting it was also very difficult especially holding the graph of the character and being filmed from various angles. It was a very unusual ending for a romantic film. It took the film to another level.

It did and I still remember how shocked audiences were in cinemas when Poonam met with the accident. After all, we had all developed a bond with Poonam by then…
I had heard amazing stories from the industry. Aditya Chopra was in tears in that scene. Farah Khan calls me when she watches Vivah with her kids and tells me that she is crying and howling. Everytime Vivah plays on television; someone has always shared a beautiful reaction. And the magic continues!

Vivah was a box office blockbuster. Was that heartening? Also, did you visit cinema halls to see the audience reaction?
I remember it was made on a budget of Rs. 12 crore and it went on to do a business of Rs. 80 crore then. Now we talk about the Rs. 100 crore club. But it did this kind of business then. And more than that, the reaction in cinema halls was phenomenal. I remember Raj Mandir cinema in Jaipur had been converted into a marriage hall. I could still remember the scene. It was packed, inch-to-inch and corner-to-corner! Not a single seat was empty. That, for me, is the victory of Vivah.

Vivah is one of the most loved films ever and you and everyone in the film did a great job. Yet, was it disheartening that you didn’t win the Filmfare Award? In fact, Vivah didn’t win a single award…
(Laughs) It was kind of shocking actually considering the kind of films that released simultaneously. But when I got the Dadasaheb Phalke Academy Award, that balanced it all for me.

Your son Veer turned 1 on November 1. How is motherhood going for you?
It’s a new learning every day. You become a clown, you become a cook, you become a quack etc. for the sake of your baby! I have played many roles as an actress but motherhood is the most challenging role! 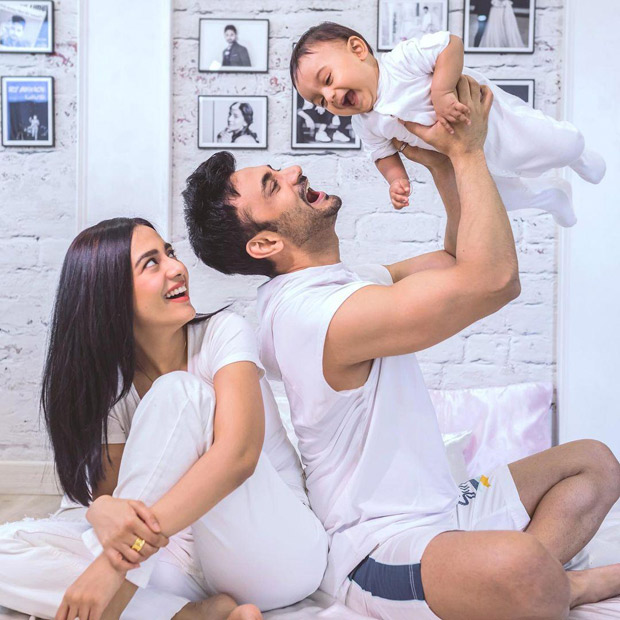 Another recent development is the series, Couple Of Things, featuring you and RJ Anmol. How did you get the idea for it?
I got the idea last year and I even came up with the title! We had kept our relationship very private. There’s not a single interview of us together too. But then I realized that we had such a unique love story and hence, we should share it. In the middle of the pandemic, when all kinds of insane things were happening in the world, Anmol and I decided to go on Instagram live together. The reaction we got was overwhelming and somewhere, that triggered the idea. We thought that it’s time to loosen up and share our story. We had a Mills & Boons kind of love story and hence we decided to document in a very unique way. No one had done something like this and so, we decided to go for it.

Has RJ Anmol seen Vivah? What does he think of the film?
He keeps telling me, “Let’s sit and watch the film together”! I remember November 10 became even more special when Anmol once sent me a bouquet. He also said that ‘This is the day when the most special film had released and the day the nation had fallen in love with you”!

Is there any plan for Vivah’s sequel? It can show what Poonam and Prem are upto 15 years post marriage…
I don’t know (Laughs)! It’s something that a lot of people ask me, “Vivah 2 kab banegi?”! And I often reply, “Vivah sirf ek baar hi hoti hai life mein”!

On the last day of Sooraj Barjatya’s films, it is said that everyone cries and that they don’t want the shoot to get over. Did you also cry on the last day of Vivah?
I had not cried. I remember Shahid crying. But I sang the song ‘Aapki Narzon Ne Samjha Pyaar Ke Kaabil Mujhe’ in front of the whole unit. The last sequence we shot was the waterfall scene in the song ‘Milan Abhi Aadha Adhoora’.

15 years have passed but it seems both you and Sooraj Barjatya share a great bond even today…
Yes, we do. He always messages me that he sees me in all his heroines which is just an amazing compliment.