Some films are remembered for its plot, execution and writing and go down in history. Then there are films that might not have had a great storyline and script but yet become memorable due to other reasons. Tere Naam, that completes 15 years today, is one such film. The performance by Salman Khan in this flick was exemplary and still ranks as one of his finest. The music of the film too is one of the greatest ever of Himesh Reshmmaiya and perhaps of Bollywood! 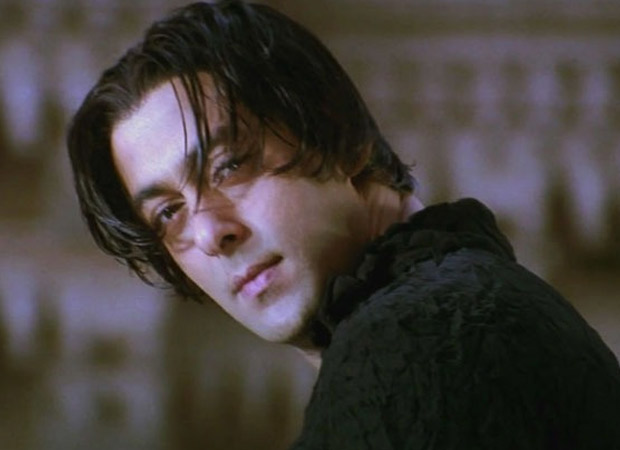 15 Years of Tere Naam: How this musical gave the first big hint about Salman Khan’s benevolent, ‘Being Human’ side

Tere Naam released at a time when both lead actor Salman Khan and director Satish Kaushik were desperate for a success. After two back to back super-hits - Hum Saath Saath Hain and Dulhan Hum Le Jayenge – the actor delivered 6 average or flop films. Tere Naam was his first film after almost 13 months as his last film Yeh Hai Jalwa had released in July 2002 and again, it was a flop. Actor Satish Kaushik meanwhile had debuted as a director with the much talked about Roop Ki Rani Choron Ka Raja in 1994. It was a big-time debacle then while his second film, Prem, was a flop too. Thereafter, luck smiled on him as he gave three back-to-back hits - Hum Aapke Dil Mein Rehte Hain, Hamara Dil Aapke Paas Hai and Mujhe Kucch Kehna Hai. But again, he faced a big flop in the form of Badhaai Ho Badhaai in 2002. Tere Naam was an odd man out for Satish Kaushik the director as it seemed a bit dark as compared to his previous films.

However, the buzz prior to the film was an all-time high. The tagline of the film was ‘Unfortunately A True Love Story’! Immediately, speculations arose whether this film is inspired by Salman Khan’s torrid affair with Aishwarya Rai Bachchan! This was one of the reasons why Tere Naam became a hot product. It later came to light that it was partly based on a true incident that happened with the friend of Bala, who made Tamil film Sethu in 1999 and Tere Naam was its remake. The other reason was Salman Khan’s hairdo. It was the most novel hairstyle he had had ever and it looked brilliant on him! The male youth, especially in the hinterland and smaller towns, took to this hairdo and began flaunting it.

Everybody expected the film to have a great opening. Yet, trade and industry were left astonished when it finally released on August 15, 2003. At several centres, the advance booking was one of the best in five years. Komal Nahta writes that one such theatre where this feat was achieved was Nandan cinema in Meerut. In just two hours, tickets worth Rs 3 lakh were sold off! Mumbai opened at 100% collections while in Delhi, it was 81%. In a theatre in Jodhpur, dozens of Salman Khan’s fans showed up donning Salman’s hairstyle from the film for its first day first show. They made a filmy entry in 4-5 open jeeps. The management was overwhelmed with these fans and they were garlanded! Ironically, this is the same place where he faced flak for hunting black bucks in 1999.

Tere Naam however didn’t sustain well and cracks had in a way developed in the weekend itself. Eventually, the film turned out to be a semi-hit in terms of box office. The film didn’t have much for families, who stayed away. The character of Radhe, had a great side, but at the same time he was a goon who had no qualms in ragging new students and even kidnapping the girl he loved when she rejected his advances. The major development of the second half is when Radhe is brutally assaulted by the goons and he becomes mentally imbalanced. The doctors give up hope and his parents take him to an ashram run by a religious leader whose methods are highly questionable. In today’s time, when social media is quite big and awareness about such conditions is more, a film like Tere Naam would have surely got massively trolled. Also, this is the era of ‘No Means No’ and even in that regard; the film would have faced flak. 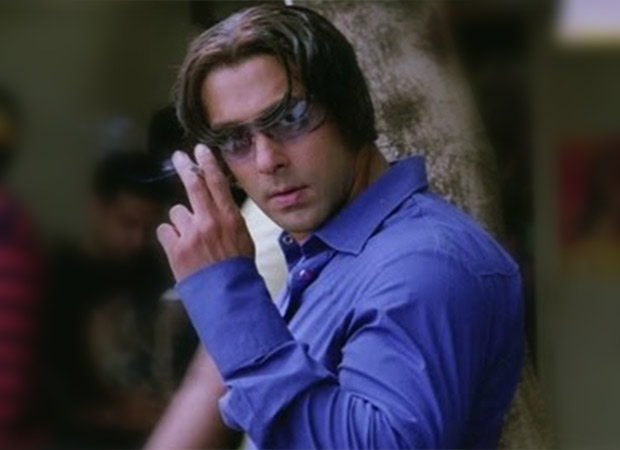 Notwithstanding the negatives, Tere Naam has its share of plusses. The final scene has no dialogue and it turns out to be the best part of the film. In fact, two weeks after the release, the makers added one more scene of an aged Radhe with a lot of peacock feathers in his hands, an indication that he hasn’t forgotten his love, Nirjara (played by the lovely Bhumika Chawla).

A lion’s share of credit obviously should go to Salman Khan, who rocked the show and how! He was completely into his character and not even once he gave a hint that he’s repeating any past act. He put a smile on the faces of viewers when he tried to balance the peacock feather on his chest. He looked so cool and kickass when he entered the library smoking like a bawse! Despite his goonda side, one felt attached to Radhe. Hence, it looked very believable that he had such a lovely bond with his bhabhi (played by Savita Prabhune), and also with his friends. Also, it was great to see how he was ready to help anyone in need. The way he bashes goons who harass a mentally unstable girl on the railway station was a great, heroic sequence. And Radhe saving Nirjara’s sister from trouble at a brothel, though he didn’t even know her connection with his love, was quite touching. This was four years before Salman Khan launched his non-profit organization, Being Human, through which he helps thousands of underprivileged people and as the years passed, it has grown bigger and bigger. Tere Naam was the first time Salman Khan made it very clear that he has a philanthropic side. Some viewers did complain that how come Radhe was so goonda-type and so large-hearted at the same time? But then that’s Salman in real life too. Dil mein aata hoon, samaj mein nahin…remember?!

Finally, Tere Naam is also fondly remembered for its evergreen album. Each and every song – be it the title song or 'Kyun Kisi Ko' or 'Lagan Lagi' or 'O Jaana' or 'Odhni' or 'Tumse Milna' or 'Man Basia O Kanha' – and even the ones that didn’t make it in the film are melodious, soulful and took the film many notches higher. Even in the present day, the songs sound fresh while also giving a nice, nostalgic 90s vibe. In today’s times when the quality of the songs has deteriorated a lot, listening to Tere Naam album gives listeners a soothing experience. Also, at a time when Salman Khan just give a dud in the form of Race 3, it’s time for him to revisit this film and hopefully realize how important it is for him to do something fresh, out of the box and surprise viewers just the way he did with Tere Naam’s Radhe.