Zindagi Na Milegi Dobara completed 10 years on July 15. On this occasion, the actors and director gathered on Zoom call for a table read. They also discussed memorable scenes from the film. Katrina Kaif revealed she was afraid during the diving scene, despite the fact that she plays calm and controlled diving instructor in the film. 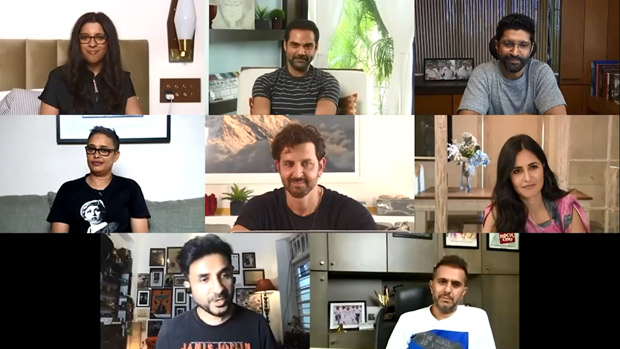 On the other side, Hrithik described the diving scene as "the film in one moment," in which his character Arjun emerges from the sea after conquering his worries. “For me, that was the entire film in one moment,” he stated regarding the scene. It was the target—it was the moment I was attempting to reach—from the moment I heard the script until we shot it. There were no words to describe it. Zoya was able to convey the abstract to my consciousness. There was no real reason for it. It was just something you either got or didn't get. I grasped the situation, and it looked lovely on paper. We tried a bunch of different takes, but something seemed off,” he said.

Hrithik Roshan finally chose to get into the sea. “I was sheltering myself from the cold because the water was freezing. So I pretended to emerge from it. The scene begins with me on the boat's ladder. Finally, I stated that this is what is causing me to hesitate. I'm not going to let the water have any effect on me. I just went in for the final take. ‘Are you sure?' Zoya asked. 'The water is ice cold!' I went completely still. It was just what that moment needed when I came out,” he added.

I was terrified, Katrina Kaif admitted. She said, “Everyone else was a semi-professional diver. When we were filming the underwater sequence in which Hrithik had his epiphany, I was actually digging my nails into his hand because I was so terrified. It was my very first diving experience.”

The group also had a good chuckle about the song ‘Ik Junoon,’ which they danced to at the Tomatina festival. “I didn't eat tomatoes for three or four months,” Hrithik Roshan recounted. “After that song, none of us could tolerate the smell of tomatoes. What kind of odour did we have to deal with?”