Street Dancer 3D has witnessed an upward swing in the collection on its second day as early estimates suggests Saturday box-office in the range of Rs. 13.50 to 15 crore, taking the two day total to approximately 23.5 crore plus. This should ideally have been the opening day figure of the film, considering that it’s a formula film having its appeal spread across the youth of the country. The growth for the film has come in the tier 1 cities as the national multiplex chains have gone up by approximately 40% on Saturday. The mass belts have however continued to stay low, as places like Bihar has seen a marginal drop in the collections. 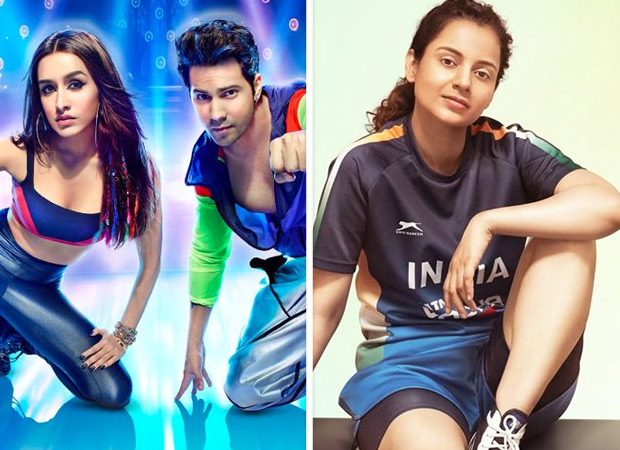 The Varun Dhawan, Shraddha Kapoor, Prabhudeva film will see a big jump in the collections tomorrow owing to the big national holiday on account of Republic Day falling on Sunday. The biz can sky rocket and even touch the 20 crore mark, however, it would still result in a just about “decent” opening weekend and the film will have to pass the Monday, Tuesday and even Wednesday test at the box-office to give itself a chance of reaching the break-even point.

The second release of the week, Panga has witnessed a BIG jump in the collections owing to positive word of mouth amongst its target audience as the early estimates suggest Saturday collections in the range of Rs. 4.75 to 5.75 crore, which is almost 150% higher than the first day. The biz has gone up all across the multiplexes, and the jump is a sign of acceptance from the audience however it is only the Monday that will reconsolidate the general sentiment surrounding the film. The fear for Panga was to go the Chhapaak way by having a flat Saturday but that hasn’t happened which is a sign of relief for the makers. The Sunday collections should be closer to the 10 crore mark, taking the weekend total to a respectable number of 15 crore plus. It’s the trend from Monday that would tell us about the direction that the film is headed in. Like Street Dancer, it is the trend on weekdays that would throw some light on the box-office verdict of this Kangana Ranaut film.

Tanhaji has continued with its golden run as the film has raked in a little under the 10 crore mark on it’s third Saturday. Early estimates suggest 8 crore plus day for the Ajay Devgn film. It has found a place in the prestigious list by recording one of the biggest third Saturday’s of all time joining the likes of Dangal and Baahubali 2. The film is on it’s way to touch the 250 crore club sooner than expected, as it can clock even 15 crore on it’s third Sunday.