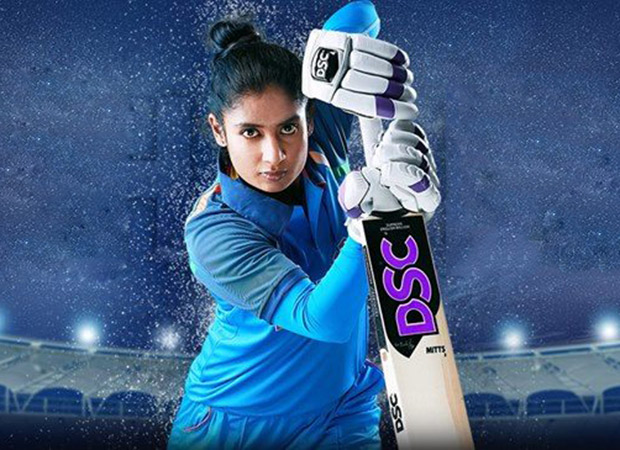 With sports biopic being the flavour of the season, it is not surprising to see filmmakers and production houses rooting for it. Moreover, if it is about a strong headed woman who has battled her way through the patriarchal sports stereotypes, the story often is successful to establish a connect with the audience. Amidst the Sania Nehwal and PV Sindhu biopics, yet another one joining the league is that of Mithali Raj – Captain of the Indian Women’s Cricket Team.

For the uninitiated, Mithali Raj has set a phenomenal record of being the highest run scorer in One Day Internationals averaging above 51 and has had a remarkable journey on field. An inspiration to billions of young girls in the country, her life is now all set to be documented on the silver screen. The rights of the film have been acquired by Viacom18 Motion Pictures, the studio that backed some great sports biopics as well as women oriented films like Mary Kom, Bhaag Milkha Bhaag and Queen.

Talking about the association, Ajit Andhare, COO, Viacom18 Motion Pictures, said, “Viacom18 Motion Pictures has always been the pioneer in showcasing content with portrayal of strong women characters right from Queen to Kahaani to Mary Kom. We are proud to be collaborating with the young and inspirational Mithali Dorai Raj, a name single handedly responsible in bringing about a shift in the way women’s cricket team was perceived in our country.”

Mithali Raj is the highest run-scorer in women's international cricket and the only woman cricketer to surpass the 6,000 run mark in ODIs. She is also the first player to score 7 consecutive 50s in ODIs. Raj is the first Indian to have lead the national team to an ICC ODI World Cup final twice - 2005 and 2017. An Arjuna awardee, Mithali was also awarded the Padma Shri in 2015, India’s fourth highest civilian award for her contribution towards the sport of cricket.

On the other hand, excited about her biopic, Mithali Raj said, “I am extremely happy on this association with Viacom18 Motion Pictures. Hoping that this movie inspires more people especially young girls to take up sports as a career.”

The association between Viacom18 Motion Pictures and Mithali Raj has been facilitated by Varun Chopra – Director, Medallin Sports who too added “We are pleased on this association with Viacom18 Motion Pictures and are looking forward to Mithali’s biopic. She remains to be an inspiration for multitudes for many years now and her story on the silver screen will keep motivating generations.”

The details of the actress who will play the lead role in the film is yet to be finalized.