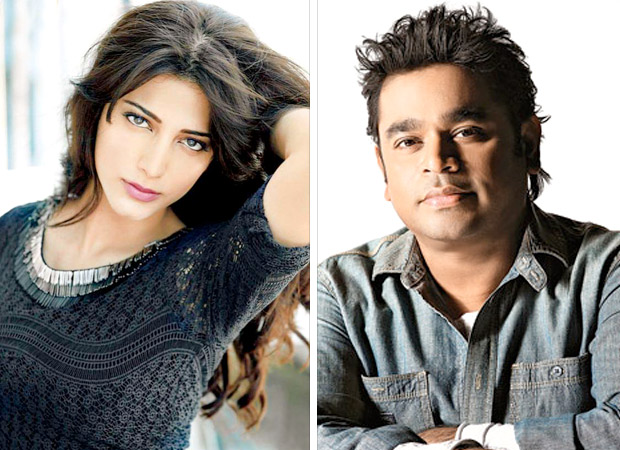 Besides her films in Bollywood and also down South, Shruti Haasan is focusing on her music career. From albums to films, Shruti continues to fulfill her passion for singing and this time around, the actress-singer has received a great opportunity.

Shruti Haasan is reportedly collaborating with the Oscar winning musician A R Rahman and she has recorded a song for him. Though the details of the same are being kept under wraps, the actress couldn’t hold her excitement and revealed about her experience of working with him. Claiming that it was a great experience, Shruti spoke about being a fangirl of A R Rahman and that this will definitely be a part of her scrapbook memories. She also maintained that she did not expect this to happen and that it was an out of the blue moment for her.

Interestingly, Shruti Haasan has also worked with veteran music composer and A R Rahman’s guru Illaiyaraja and the actress can’t stop gushing about him. Calling the music master an ‘angel of good omen’, Shruti mentioned that her experience of working with ‘Raja sir’ was amazing.

Besides this, in Bollywood, Shruti Haasan is gearing up for the film Behen Hogi Teri with Rajkummar Rao.