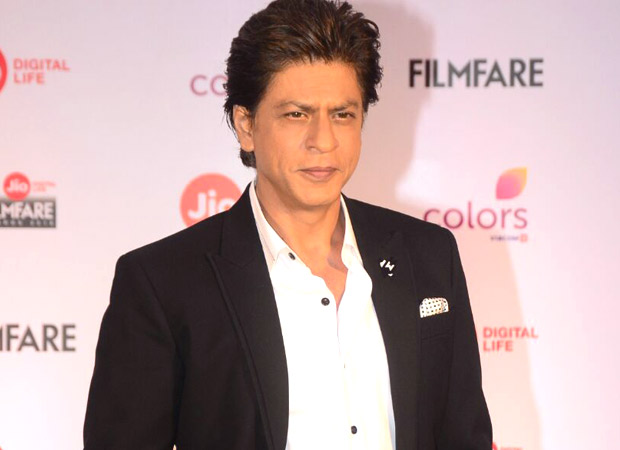 A new year is about to begin and with that will begin the much-awaited awards season. One of the most happening and highly awaited award ceremonies out of these has to be the Filmfare Awards. This time, it will be the 63rd edition and it promises to be very memorable and entertainer. After all, superstar Shah Rukh Khan will be hosting it once again!

The 63rd Jio Filmfare Awards 2018 will be held at NSCI SVP Stadium in the Dome which is situated at Worli, Mumbai on January 20, 2018. The announcement of SRK hosting was done yesterday at a press conference held in the city. Here, Shah Rukh Khan revealed that as a child while growing up in Delhi, he used to watch the Filmfare awards in bits and pieces when it used to be aired on Doordarshan then. He added, “The feeling of watching the stars receive the Black Lady was overwhelming and enticing. Since then I had this desire of being at a place where people shower me with love.” He has hosted the awards many times, and also won the Black Lady countless number of times and yet he says that “As the years have gone by, my desire has still remained the same.”

Deepak Lamba, CEO, Worldwide Media, said, “Last year, Filmfare took a few big steps in expanding its reach on the digital platform with strategic associations with Facebook and Twitter. This year, we aim to set a new benchmark by reaching out using television and digital platforms.” The awards will be aired on Colors TV. Raj Nayak, COO, Viacom18 that owns Colors, said, “The Black Lady is perhaps the most recognizable award in the country and we are proud to enhance its glory.”

On the film front, Shah Rukh Khan is working on Aanand L Rai’s next co-starring Katrina Kaif and Anushka Sharma. It will release on Christmas 2018.