Last Updated 30.01.2023 | 9:39 AM IST
feedback language
follow us on
Bollywood Hungama » News » Bollywood News » WOW! Salman Khan to team up with Rahat Fateh Ali Khan YET AGAIN for a song in Tubelight 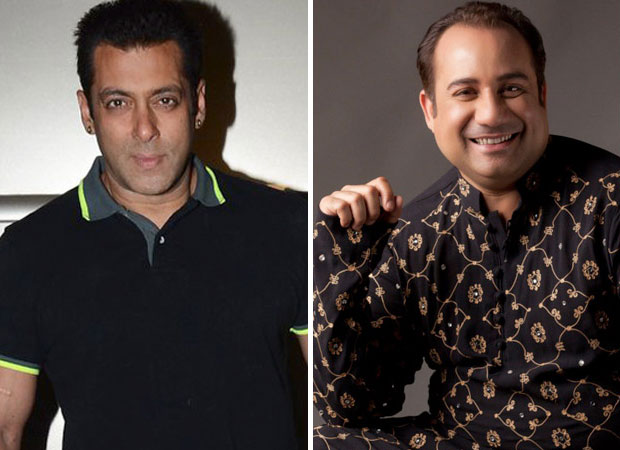 Ever since the time the promos of Salman Khan’s most awaited film Tubelight was aired, it simply ‘brightened’ up the internet with a staggering number of people watching that. If the film’s trailer is anything to go by, then, it becomes totally needless to say that, the makers of the film are definitely sitting on a goldmine.

WOW! Salman Khan to team up with Rahat Fateh Ali Khan YET AGAIN for a song in Tubelight

Besides superlative performances, Tubelight also boasts of some excellent mellifluous music. While the film’s first two track Radio and Naach Meri Jaan have already become chartbusters, the film’s next track will have the melodious singer Rahat Fateh Ali Khan doing the honours. The said song, which has been titled ‘Tinka Tinka Dil Mera’, happens to be a soulful song about brotherly love, separation and heartbreak.

After having been successfully associated with earlier hit tracks like ‘Jag Ghoomeya’, ‘Teri Meri’, ‘Tere Mast Mast Do Nain’ and ‘Dagabazz Re’, the smash hit jodi of Salman Khan and Rahat Fateh Ali Khan seems to be all set to create yet another hit track in the form of ‘Tinka Tinka Dil Mera’ in Tubelight, whose music has been composed by Pritam.

Besides Salman Khan, Tubelight also stars Sohail Khan and the Bollywood debutante actress from China Zhu Zhu. Tubelight is all set to release on 23 June this year.