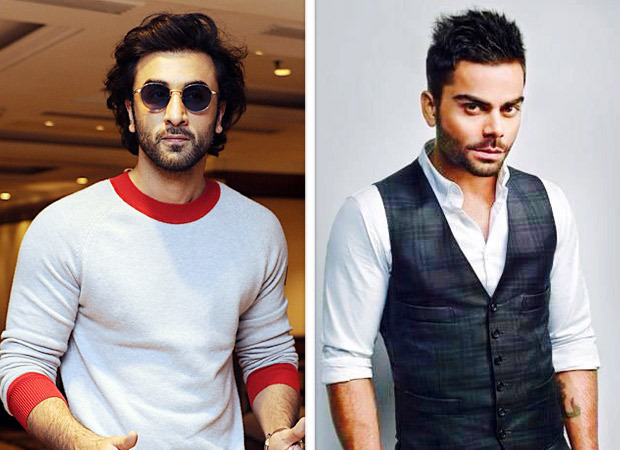 Bollywood and cricket are two of the most celebrated industries in India and watching them come together is always a pleasure. While there amalgamation is often in the form of IPL or many a times even personal, the two industries are now coming together for charity.

Readers may be aware that Ranbir Kapoor, Abhishek Bachchan, Arjun Kapoor and many other celebrities share their passion towards football and are often seen practicing at the grounds in Bandra, suburban Mumbai. But their practice is not restricted to personal interest. They went ahead and formed the All Stars Football Club which is owned by Bunty Walia. Now the ASFC team will play a match with All Heart Football Club owned by Virat Kohli Foundation.

The AHFC consists of cricket players like Mahendra Singh Dhoni, Yuvraj Singh, Harbhajan Singh among others and they will be playing the match opposite ASFC at the famous Mumbai Football Arena in Andheri Sports Complex. In fact, according to recent reports, the prep for the same has already kick started with members of ASFC already practicing regularly in order to face their fitter competitors.

As for the charity, Bunty Walia revealed that their aim is to raise funds for varied charities and one of the causes they are supporting is that of self-defense for women. In fact, a part of the match’s collections will be donated to Akshay Kumar and Aaditya Thackeray’s initiative, the self-defense center for women. Another portion will be to fund the state-of-the-art gym at Andheri Sports Complex.

Bunty Sajdeh who is the owner of ASFC is impressed by the potential this match holds since it brings together the known personalities of the cricket world and Bollywood together in one platform. The last year’s match is said to have ended in a draw and a part of its funds were given to the drought-affected areas of Maharashtra.