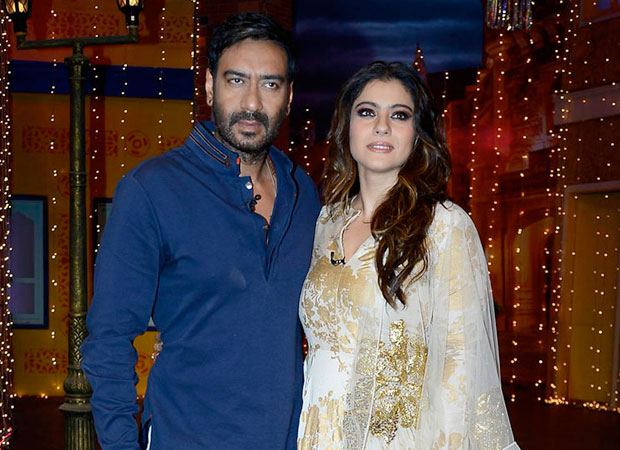 From Ishq to Pyaar To Hona Hi Tha, Kajol and Ajay Devgn won the hearts of the audience with their on-screen chemistry. Soon, the reel life couple turned into real life couple and the rest, they say, is history. Now, there is an exciting news for the Ajay Devgn and Kajol fans which will make their day.

Ajay Devgn and Kajol are all set to return to the big screen with Pradeep Sarkar's next. According to the recent reports, the film was touted to be a slice of life film which was initially going to be made by ad filmmaker Raj Sarthi. However, the film did not happen at the time.

Ajay Devgn confirmed it recently that Pradeep Sarkar will now revive the film as the director with him and Kajol in the lead roles. The two were last seen together in Ajay's debut directorial, Toonpur Ka Superhero.

Meanwhile, Ajay Devgn is currently gearing up for Milan Luthria's heist drama Baadshaho with Emraan Hashmi, Esha Gupta, Ileana D'cruz, Vidyut Jammwal, Sanjay Mishra. The film is scheduled to release on September 1, 2017. Kajol, on the other hand, has made her comeback into Tamil cinema after nearly two decades with Dhanush starrer Velai Illa Pattadhari 2 aka VIP 2.