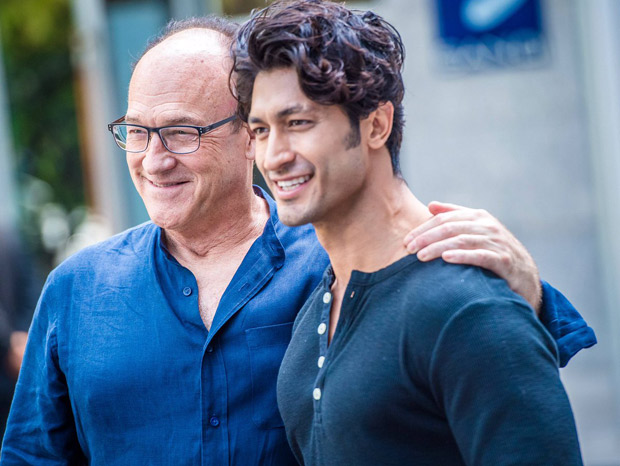 When M.A. Thirumugam made Haathi Mere Saathi in 1971 it showcased the emotional bond of a human with an animal and now more than four and half decades later, yet another film promises to revive the love. Considering the way United Nations has been campaigning for the protection environment, a film titled Junglee attempts to bring in a social message along with commercial elements.

Starring Vidyut Jammwal in the lead, the film will be directed by Chuck Russell whose debut directorial was reviving the horror Nightmare on Elm Street with its third instalment.  Incidentally, the film is produced by Junglee Pictures and the president of the production house Priti Sahani spoke about approaching Chuck for the same since they believed that the subject has an international appeal due to its global significance. She asserted that Chuck agreed to direct the film after coming to India and discussing on the same with writer Ritesh Shah who wrote the script, further adding that song and dance too will be an integral part of the film and the director is equally thrilled about it.

The action thriller is said to revolve around poaching elephants and is set in Kerala. Furthermore, the film will have a trail that will take you across other states like Orissa, Kolkata in West Bengal and later to Thailand. It will be shot in Kerala’s elephant reserve. Vidyut will be seen playing Ashwath who will be reuniting with his elephant friend on the 10th death anniversary of his mother’s death.  He will also be seen doing Kalaripayattu, a famous martial art form in Kerala in the film.

Talking about the film being bilingual, Priti stated that although they had written the script for a primarily Hindi speaking audience, the collaboration with Chuck Russell made her and the rest of them involved with the film believe that the film has an international connect.

Junglee is slated to go on floor in October, for which Chuck Russell will be flying down to India and later, they are planning on releasing the film during next summer that is 2018.