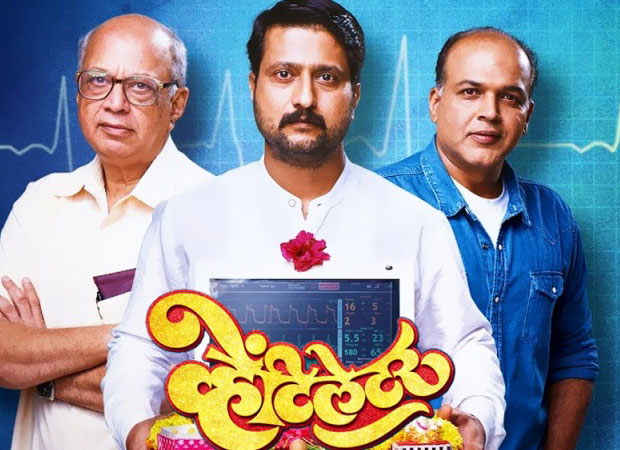 Rajesh Mapuskar was upset that his acclaimed Marathi film Ventilator wasn’t selected as India’s official entry to the Oscars. However he has a lot of reasons to smile. Ventilator has been loved so much that not only a Gujarati play but even a Gujarati film will be made out of it. While the Gujarati film remake of Ventilator will be made by Falguni Patel and Lawrence D’Souza, the play will be produced by Sharman Joshi and Kamlesh Oza and would be directed by Rajesh Joshi. Incidentally, Rajesh Mapuskar’s first film was the Hindi drama Ferrari Ki Sawaari that starred Sharman Joshi.

Rajesh Mapuskar revealed that he was happy that Rajesh Joshi was directing the dramatic adaptation of Ventilator. After all, he had liked Joshi’s successful grand play ‘Code Mantra’, based on the Hollywood classic A Few Good Men. He admitted that he is fascinated to know how they’ll come up with Ventilator’s stage version but also said that the film’s setting is such that it is possible to do so.

Regarding the film remake, Rajesh Mapuskar is only involved as the creative director. When asked why he isn’t directing the remake, he said that he wants someone who understands the Gujarati culture and its nuances to bring it into the film. Also, copying his own film is something he won’t enjoy. He also admitted that he doesn’t think that Priyanka Chopra, who produced Ventilator, would be a part of the Gujarati version as well.

Rajesh Mapuskar also revealed that there are offers to remake Ventilator in Bengali and in Southern languages as well. He explained that the subject of the film is such that it can be explored in any languages and can be set in any culture even if the dynamics of the relationships change.

Ventilator won three National Awards, including Best Director for Rajesh Mapuskar, and also Best Editing and Best Sound Mixing. Rajesh Mapuskar said that he never thought his film would become so popular and that it would make him travel so much. Today he is off to Poland where Ventilator will be screened and after that he’s going to Italy, South Korea and many other countries.