Ali Zafar's Teefa In Trouble is a much talked about Pakistani film which is getting rave reviews from the critics. Interestingly, the film has a Bollywood association and it would surely interest a lot of fans back home. Ranveer Singh makes a special surprise appearance in the film! As we know, Ranveer and Ali shared screen space in Yash Raj Films’ Kill Dill with Parineeti Chopra. Though the movie did not do very well at the box office, they bonded very well on the sets and became greats friends. So, when Ali asked for this favour from Ranveer for his film, he was only too happy to oblige. 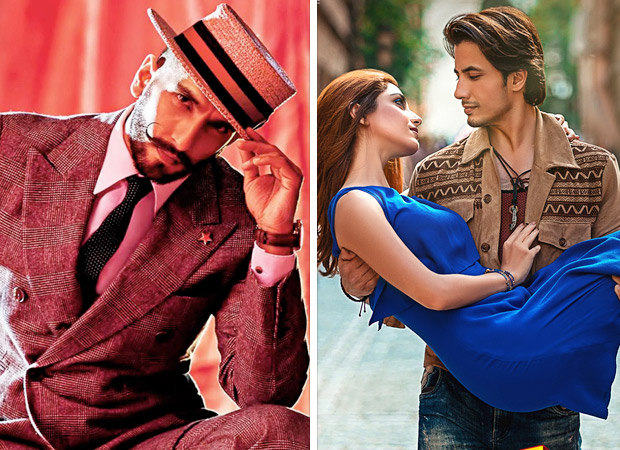 The film Teefa In Trouble revolves around Ali's character who wants to open a Tikka shop called Teefay Ke Tikke. After a lot of hurdles, he finally manages to achieve his dream. In the end, he shows Ranveer endorsing his brand. The Gully Boy appears on a billboard eating tikka! Ali said that he wanted the Bollywood superstar to make a special appearance in the film and Baba gladly obliged. He sent a picture of himself eating tikka and Ali used it in his film. Now that sure is a sweet gesture on Ranveer's part!

Professionally, Ranveer Singh will be seen in Zoya Akhtar's Gully Boy with Alia Bhatt. He is currently shooting for Rohit Shetty's Simmba with Sara Ali Khan. Post this, he would start working on Kabir Khan's 1983. His calendar is packed professionally and there is a strong rumour that he would get married by the end of this year to his longtime girlfriend Deepika Padukone.