Hrithik Roshan starrer Super 30, which kicked off in the northern belt of India, may be on the verge of completion. But it seems that the makers are all set to now add some commercial elements in the Anand Kumar biopic. One amongst them is a sultry number to be performed on screen by model turned actress Karishma Sharma. 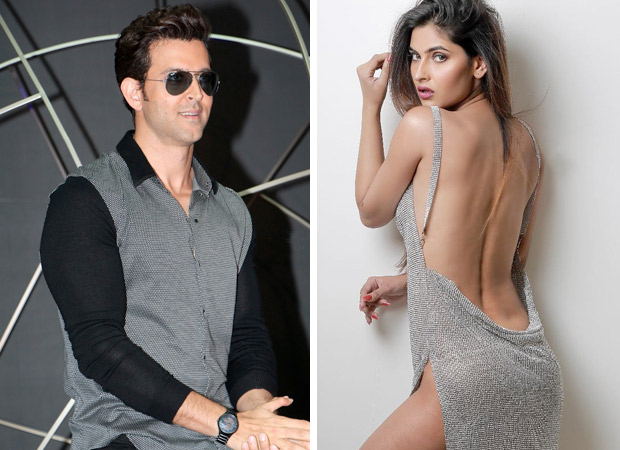 Karishma Sharma will be shooting for a special song featuring Hrithik Roshan in mid of August in Mumbai. In fact, reports have it that a set has been erected in the city and the makers have already started zeroing on the look the actors will sport for the number. It seems that they have keen on finding someone who can match steps with a fabulous dancer like Hrithik and decided to finalize Karishma for the same this weekend.

While not too many details have been divulged about the dance number, we hear that it will be choreographed by Vijay Ganguly. For the uninitiated, Karishma Sharma has featured in a couple of TV shows like Pavitra Rishta and Yeh Hai Mohabbatein amongst others. The actress also gained fame with the web-series Ragini MMS 2.0.

Speaking of Super 30, Hrithik Roshan will be playing the protagonist Anand Kumar. The film is inspired by the real life story of mathematician Anand Kumar who kicked off the Super 30 initiative, which includes a batch of 30 top brilliant but underprivileged students getting ready for IIT entrance.

The film will feature Mrunal Thakur as the leading lady who is making her film debut with Love Sonia. She is known for her role in the TV soap Kumkum Bhagya in which she played the role of the female protagonist Sriti Jha’s sister. Besides her, TV show Uttaran star Nandish Sandhu will play the role of Pranav Kumar, Anand Kumar’s brother.